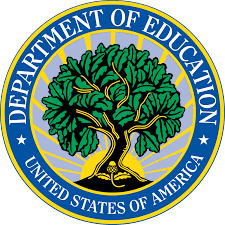 The U.S. Department of Education has issued guidelines aimed at preventing schools from discriminating against the growing numbers of students with attention deficit hyperactivity disorder.

The department said schools must obey existing civil rights law to identify students with the disorder and provide them with accommodations to help them learn.

The guidelines come in response to years of complaints from parents who say that their children have been denied needed services and that schools have failed to protect them from bullying. The Education Department, which has received roughly 2,000 such complaints over the last five years, said schools have requested clarification of their responsibilities under the law.

As of 2011, 11% of children ages 4-17 were diagnosed with the disorder, according to the Centers for Disease Control. Boys were more than twice as likely as girls to be diagnosed with ADHD.

California does not specifically track the number of students with ADHD, instead grouping most of them in the broader category of “specific learning disability.” As of Dec. 1, 2015, 288,294 students were in that category.

The rise of ADHD can be expensive for school districts, as the services for a single student can cost several thousand dollars a year. Some research though has found that there are hidden costs to not treating the disorder. The guidelines make clear that school districts should evaluate students who may have the disorder even if they show high academic performance. Parents are entitled to ask that a district evaluate a student.

Read the full article online in the July 26, 2016 edition of The Los Angeles Times.

Download the Resource Guide from the Department of Education here.