Why Are More American Teenagers Than Ever Suffering From Severe Anxiety? 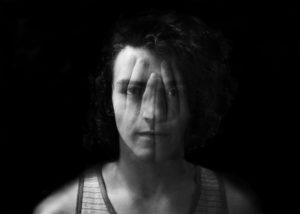 Over the last decade, anxiety has overtaken depression as the most common reason college students seek counseling services. In its annual survey of students, the American College Health Association found a significant increase — to 62 percent in 2016 from 50 percent in 2011 — of undergraduates reporting “overwhelming anxiety” in the previous year. Surveys that look at symptoms related to anxiety are also telling. In 1985, the Higher Education Research Institute at U.C.L.A. began asking incoming college freshmen if they “felt overwhelmed by all I had to do” during the previous year. In 1985, 18 percent said they did. By 2010, that number had increased to 29 percent. Last year, it surged to 41 percent.

Those numbers — combined with a doubling of hospital admissions for suicidal teenagers over the last 10 years, with the highest rates occurring soon after they return to school each fall — come as little surprise to high school administrators across the country, who increasingly report a glut of anxious, overwhelmed students. While it’s difficult to tease apart how much of the apparent spike in anxiety is related to an increase in awareness and diagnosis of the disorder, many of those who work with young people suspect that what they’re seeing can’t easily be explained away. “We’ve always had kids who didn’t want to come in the door or who were worried about things,” says Laurie Farkas, who was until recently director of student services for the Northampton public schools in Massachusetts. “But there’s just been a steady increase of severely anxious students.”