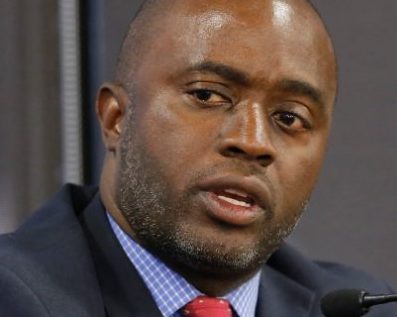 California’s schools chief  Tony Thurmond is recommending that the state’s public schools plan to provide distance learning to students through the end of their school year.

“Due to the current safety concerns and needs for ongoing social distancing, it appears that our students will not be able to return to school campuses before the end of the school year,” Thurmond wrote in a letter sent to the state’s 58 county superintendents of schools on Tuesday morning.

“This is in no way to suggest that school is over for the year,” he continued, “but rather we should put all efforts into strengthening our delivery of education through distance learning.”

The letter comes roughly a week after closures of schools in half a dozen Bay Area counties were extended to May 1. It also follows a warning from Gov. Gavin Newsom that schools might not reopen by the end of the academic year. At a news conference Tuesday, Newsom said Thurmond led a call the previous day with all 58 county superintendents to discuss topics including congregate meals and distance learning.

Thurmond stressed that his recommendation was not a directive, and that it was ultimately up to local school districts or health departments to decide whether school campuses should remain open or closed.

Thurmond acknowledged the pain that all of this is causing. “I am a parent too, and this is difficult for all of us,” he said. ”This is just a statement that out of an abundance of caution that until we get a signal that it is safe for our kids to return to school, that rather than be in limbo about how they will be educated, this year is not over. This letter says we still have the opportunity to make the most of this year, and we don’t have a lot of time do that.”

Excerpted from “California schools chief recommends that schools prepare for distance learning for rest of school year” in EdSource. Read the full article.