Palo Alto, CA September 2, 2019 — Children’s Health Council (CHC) today announced the addition of Sterrin Bird, CFRE, as Chief Advancement Officer, beginning August 1. A nationally-recognized leader in the nonprofit community, Ms. Bird has more than 25 years of experience in service to philanthropy, with particular emphasis in capital campaigning and major gifts. Ms. Bird has conducted more than two-dozen capital campaigns throughout the United States with combined goals in excess of $2.5 billion. “We are so excited to have Sterrin join us at CHC and lend her considerable talents to our mission and efforts,” said Dr. Rosalie Whitlock, Executive Director. “Sterrin will head up all our Advancement efforts, which include Development, Marketing and Communications and Community Connections,” added Whitlock. “She will also work closely with our Advancement Committee and CHC Board Members Catherine Harvey and Perri Guthrie as we head toward our 70th year serving kids and families in our community.” 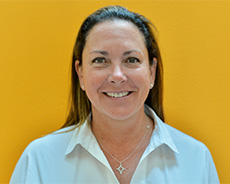 Ms. Bird has held significant leadership roles within some of the most prestigious nonprofit organizations in the country.  Previously, she was Chief Development Officer for the United Way Bay Area and national Senior Vice President, Chief Development Officer at the March of Dimes Foundation.  Prior to the March of Dimes, Sterrin was at The Hamlin School in San Francisco where she was Executive Director of Institutional Advancement, raising money for girls’ primary education. Sterrin joined Hamlin after completing a $117 million campaign for Sacred Heart Schools in Atherton, California. Prior to joining Sacred Heart Schools, Sterrin was at UCSF as Senior Director of Development for the Medical Center and Children’s Hospital, and led the effort to raise $600 million to construct a new, state-of-the-art Children’s, Women’s and Cancer Hospital on the Mission Bay Campus of UCSF that opened on February 1, 2015. Ms. Bird also served as Director of Advancement for the American Red Cross, Bay Area Chapter and helped lead one of the country’s largest American Red Cross Chapters through the 9/11 tragedy and the events that followed.

Ms. Bird recently completed a graduate program at the Harvard Kennedy School of Government and received a certificate in Exponential Fundraising and was also named to the Advisory Council of Rogare, a fundraising think tank in the UK at the University of Plymouth. Sterrin is a Certified Fundraising Executive (CFRE) and is an active member of the Council for Advancement and Support of Education (CASE), the Association of American Medical Colleges’ (AAMC) Group on Institutional Advancement (GIA), the Association of Fundraising Professionals (AFP), where she served on the Board of Directors of the Bay Area Chapter, and the Association of Healthcare Philanthropy (AHP), where she served as a member of the Southeast Regional Cabinet in North Carolina.

Ms. Bird is originally from Short Hills, New Jersey, and now resides in the Bay Area with her two children; Thomas, age 13 and Mary, age 11.  She is very active in her community and is a past chair of the St. Charles School Advisory Board, a Board member of Little Wishes, a member of the V.I.N.E. Committee for Jameson Animal Rescue Ranch in Napa and is an active supporter of many community organizations throughout the Bay Area.

CHC is a nonprofit agency that has been providing education and mental health services in Santa Clara and San Mateo Counties for over 65 years. They envision a world where everyone can reach their promise and potential. Their mission is to remove barriers to learning and mental health, helping kids, teens and young adults become resilient, happy and successful at home, at school and in life. They offer programs for ADHD, Learning Differences, Anxiety  & Depression and Autism through their schools, clinics and robust community education programs. Call 650.688.3625 to schedule an appointment or visit www.chconline.org  for more information.