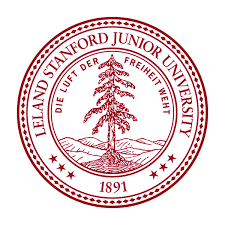 This year’s award winners are the Children’s Health Council, CrashCourse and Future Advancers of Science and Technology.

Stanford’s Office of Government and Community Relations has sponsored the awards program for 15 years to recognize the partnerships among Stanford and its neighbors and to celebrate collaborative efforts that tackle real-world problems and advance the public good.

“Each of the awardees selected this year exhibit a strong focus on genuine partnership to address major challenges facing children in our community – from youth mental health to access to STEM education in underserved communities to health awareness about concussions,” said Jean McCown, associate vice president for government and community relations.

Award winners are nominated by members of the campus community and are selected based on initiative, leadership and involvement in projects that reflect genuine partnership and commitment to community. The three organizations will be recognized during a ceremony on Nov. 1.

“Stanford’s commitment to working with our neighbors goes all the way back to the university’s Founding Grant, which includes a dedication ‘to promote the public welfare by exercising an influence in behalf of humanity and civilization,’” McCown said. “Stanford faculty, staff and students learn, live and work as residents of the Bay Area, and together we remain committed to a healthy, thriving and livable community for all who reside here. The Stanford Community Partnership Awards are an opportunity to celebrate our history of partnership.” 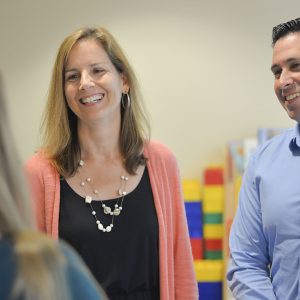 The Children’s Health Council (CHC), which has locations on Clark Way in Palo Alto and in San Jose and East Palo Alto, was founded in 1953 by Esther Clark, one of the first female pediatricians to practice on the Peninsula.

The Children’s Health Council’s mission is to remove barriers to learning and mental health and to help children and teens become resilient, happy and successful at home, in school and in life.

Among its programs are RISE Intensive Outpatient Program, a 12-week program for adolescents struggling with self-harm, suicidal thoughts and behaviors, severe anxiety and depression. The program is co-led by Michele Berk, assistant professor of psychiatry and behavior sciences. The Early Support Program for Autism, a joint program between Stanford Children’s Health and CHC, provides services at no cost to individuals with suspected or diagnosed autism.

CrashCourse educates youth on the prevention and treatment of concussions and is part of TeachAids, which began at Stanford in 2009. CrashCourse offers free interactive educational products that raise awareness of the latest science around concussions and shift the conversation from fear and silence toward knowledge and empowerment.

Because of the collaboration with Stanford Athletics, the program was introduced at the USC versus Stanford football game on Sept. 8, 2018, and has since been featured in educational content on the stadium jumbotron. In addition, through the Haas Center for Public Service, undergraduates have worked with high school and junior high youth on a project that captures video narratives of youth across the country who have suffered from concussions. The CrashCourse advisory team features coaches from many Stanford sports, as well as School of Medicine physicians and faculty from throughout the university.

The program’s impact has been significant, and the program is now in more than 10,000 schools and sports organizations across the United States. It also has a global reach and is available in 82 countries.

Future Advancers of Science and Technology

Future Advancers of Science and Technology (FAST) is a partnership with East San Jose high schools that brings Stanford graduate student mentors to work with underrepresented minority students in STEM fields. The FAST program builds a pathway for under-resourced Bay Area high school students to access college by exposing them to Stanford researchers, supporting them in their education and ambitions and providing them with college prep resources.

The graduate student mentors work with high schoolers through conceiving, designing and conducting an original scientific experiment or engineering project and presenting those projects at symposiums and local science fair competitions. In 2018, for instance, 70 students worked with 40 graduate students across 16 departments. The students competed in science competitions and presented their projects at a Stanford symposium.

The program has resulted in 100 percent of the 2017 and 2018 FAST graduating students attending college or technical school. The program is also being replicated at UC Berkeley and Impact Academy in Hayward, California.

This article was originally published in Stanford News.