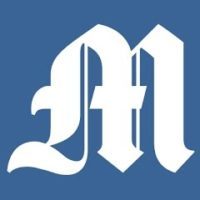 Under the direction of Bay Area teens, mental health and wellbeing advocates from Palo Alto, Stanford University and elsewhere are working together to plan the first-ever Teen Wellness Conference.

The free conference for teens ages 13 to 19 in September is unique in that it is being organized mainly under the direction of teenagers.

We want the majority of the room to be teens,” said Nadia Ghaffari, founder of TeenzTalk.org. “The idea is to bring together teens in a safe space to delve into these difficult topics and harness positive peer influence.”

The majority of mental health conferences Ghaffari has attended were targeted at adults, so she wanted to organize one just for teens.

Ghaffari, a senior at Los Altos High School, started TeenzTalk last year in order to establish an online forum on teen mental health and overall wellness that is 100 percent run by teens and with content just from teens.

The upcoming conference, with the slogan “Power to the Youth Voice,” is an extension of TeenzTalk’s goals.

“With TeenzTalk we’re doing a good job sharing teen mental health experiences, but it is all online — online videos, online campaigns — and I feel like the next step would be to connect people together to explore mental health in person,” Ghaffari said.

The conference is from 10 a.m. to 4 p.m. Sept. 30 at the Microsoft Silicon Valley campus, 1065 La Avenida in Mountain View. Registration is free.

Resource materials from experienced mental health partners such as the Stanford Center for Youth Mental Health & Wellbeing, Bring Change 2 Mind and the Children’s Health Council in Palo Alto will be available.

Children’s Health Council’s Liza Bennigson, who coordinates the Teen Mental Health Committee of which Ghaffari is a member, said the conference will give teens a sense of camaraderie with someone who is going through the same thing, which can be really powerful for stressed youths with developing minds.

“What’s nice about the conference is it’s proactive,” Bennigson said. “If you think of mental health as a spectrum, almost the earliest chance to intervene is with people who aren’t in a crisis situation. It’s a really great way to raise awareness with people before they’re in need.”

Bennigson said the conference isn’t just about suicide prevention, but about overall wellness. She likened wellness to teaching a child how to swim.

“You’re not calling it drowning prevention,” Bennigson said. “Parents may think that but that’s not really going to inspire a child to swim. It’s a similar mindset when figuring out how to get teens to talk and have a conversation and I think it’s about talking about wellness and how to stay well — and that’s what we’re doing with this conference.”