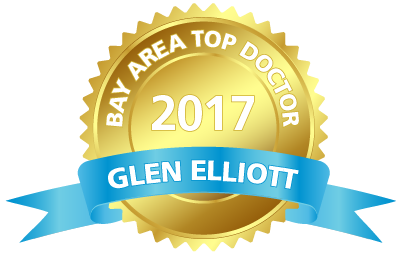 CHC is pleased to announce that Dr. Glen Elliott has been selected by Castle Connolly Medical Ltd as a Top Doctor for Child and Adolescent Psychiatry in the San Francisco Bay Area region.

Since 1991, Castle Connolly Medical Ltd., a healthcare research and information company, has identified top doctors, both nationally and regionally, based on an extensive nominations process open to all licensed physicians in America. The Castle Connolly physician-led research team reviews and screens all nominated physicians before selecting those regarded as the most outstanding healthcare providers to be Top Doctors.

Each year, Castle Connolly receives nearly 100,000 nominations. Physicians can nominate those other doctors whom they feel are the most outstanding in their medical specialties, in any area of medicine and in any part of the country, indicating also whether they believe that the physician is among the best in their region or among the very best in the nation.

The Castle Connolly physician-led research team carefully reviews the credentials of every physician including, among other factors, their medical education, training, board certifications, hospital appointments, administrative posts, professional achievements and malpractice and disciplinary history. Learn more about the Castle Connolly nomination process here.

Read the feature article about the Top Doctors in the Bay Area in San Francisco Magazine online.