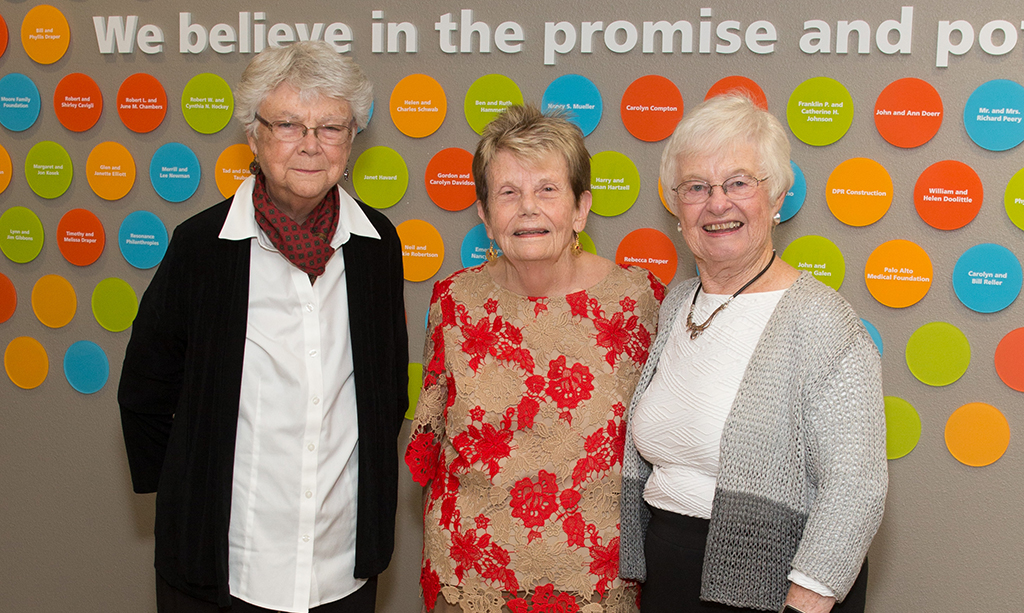 On September 14, 2017 CHC held a reception at our headquarters in Palo Alto in celebration and appreciation of the supporters who make our work possible. New donor walls were unveiled, and remarks were shared by Executive Director Rosalie Whitlock and former Board Member and CHC Ambassador Bren Leisure. Bren spoke eloquently about how CHC helped her as a young mother, the many ways in which she has been involved with CHC over the years and how she has seen the organization flourish and grow.

WHAT CHC MOST WANTS FOR ITS COMMUNITY IS TO:

In addition, guests were treated to the heartfelt story of an Esther B. Clark School (EBC) student, as told by his parents. He made the successful transition from EBC to Sand Hill School after experiencing numerous challenges. His story is the embodiment of Dr. Esther B. Clark’s dream for every child: She envisioned CHC as a place where kids come first, to receive the help they need to reach their full promise and potential.

Having graduated from EBC, the student will be moving to a new middle school where he can participate in mainstream activities while still receiving the academic and therapeutic support that has proven so beneficial.

Wonderful memorabilia from CHC’s past 65 years was on display at the party—the treasure trove of photographs and mementos had not been seen for decades, and was the focus of much lively interchange. Guests reconnected with old friends, made new ones and saw how they have made an impact in the lives of kids, teens and families.

It was a wonderful evening of friendship, reunion and memories. CHC is grateful for all of our donors, great and small, young and old. Each gift to CHC is special, unique and most appreciated. Thank you so much for your support.