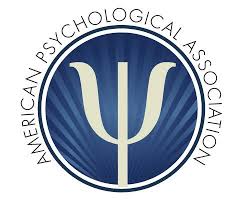 After the most recent mass shootings in El Paso, Texas and Dayton, Ohio, American Psychological Association President Rosie Phillips Davis, PhD, issued a statement in which she asserted that guns, racism, bigotry and hatred are fueling a “public health crisis” in the United States.

Following is the full statement:

“Our condolences are with the families and friends of those killed or injured in these horrific shootings and with all Americans affected every day by the twin horrors of hate and gun violence.

“As our nation tries to process the unthinkable yet again, it is clearer than ever that we are facing a public health crisis of gun violence fueled by racism, bigotry and hatred. The combination of easy access to assault weapons and hateful rhetoric is toxic. Psychological science has demonstrated that social contagion — the spread of thoughts, emotions and behaviors from person to person and among larger groups — is real, and may well be a factor, at least in the El Paso shooting.

“That shooting is being investigated as a hate crime, as it should be. Psychological science has demonstrated the damage that racism can inflict on its targets. Racism has been shown to have negative cognitive and behavioral effects on both children and adults and to increase anxiety, depression, self-defeating thoughts and avoidance behaviors.

“Routinely blaming mass shootings on mental illness is unfounded and stigmatizing. Research has shown that only a very small percentage of violent acts are committed by people who are diagnosed with, or in treatment for, mental illness. The rates of mental illness are roughly the same around the world, yet other countries are not experiencing these traumatic events as often as we face them. One critical factor is access to, and the lethality of, the weapons that are being used in these crimes. Adding racism, intolerance and bigotry to the mix is a recipe for disaster.

“If we want to address the gun violence that is tearing our country apart, we must keep our focus on finding evidence-based solutions. This includes restricting access to guns for people who are at risk for violence and working with psychologists and other experts to find solutions to the intolerance that is infecting our nation and the public dialogue.”

Read the original press release published on the APA website.