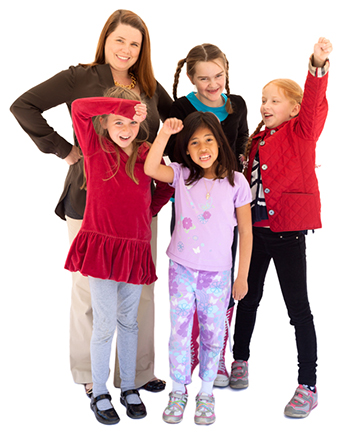 In the U.S., 5.2 million kids have ADHD. It’s a very common disorder that emerges in childhood. Not being able to pay attention, control behavior or sit still can lead to some problems in school but when ADHD is recognized and evaluated it can be treated. If you have concerns about your child, please call us to get started. 650.688.3625.

As its visibility has increased, ADHD has gained many notable advocates, such as Andres Torres, Major League Baseball player for the 2010 World Series champion Giants team.  Torres speaks publicly about the challenges he’s faced with ADHD as do other celebrities like Olympic swimmer Michael Phelps, musician Justin Timberlake and actors Will Smith and Emma Watson.

How CHC Helps with ADHD

CHC has many specialists on site who work with children with ADHD. We offer special programs like the Glen Elliott ADHD Program, two schools with ADHD expertise—Sand Hill School and Esther B. Clark School—therapy at the Community Clinic, tips for parents in our free parent education classes, and a wealth of free resources in our Parent Resource Library. You have choices.

Some people brush off the diagnosis saying ADHD is another name for any behavior exhibited by energetic young boys.  (It’s true that more boys than girls are diagnosed with early childhood disorders; diagnoses for boys and girls level out by age 12.  It’s also true that conventions dictate that boys sit in desks at school for hours at an age when they appropriately want to be active and move.)  But inattention or hyperactivity problems are neurologically-based and children do not outgrow them.  These are issues that children will have to manage throughout adulthood.

There are two formal diagnoses for ADHD:  ADHD, inattentive type (formerly called ADD) and ADHD.  Between the two diagnoses, the main difference is the presence of hyperactivity.  Kids with ADHD, inattentive type are often seen as smart, but not motivated, when in fact, they have a neurological disorder that causes their minds to wander.  Kids with ADHD are often blamed for bad behavior problems, though in reality, their behavior is rooted in difficulties controlling their impulses, among other problems.

Often other problems accompany ADHD symptoms, like anxiety and learning disabilities, which further complicate problems and solutions. Depending on the degree and complexity of the diagnosis, you may be referred to specialists such as an educational specialist or occupational therapist to help your child learn skills and develop productive habits for school and daily routines.  These specialists often work in conjunction with a psychologist and/or a psychiatrist.

Children’s Health Council (CHC) is proud to have on its staff one of the foremost leaders in ADHD diagnosis and treatment, Glen R. Elliott, PhD, MD.  Dr. Elliott is the former director of the UCSF Children’s Center, author of Medicating Young Minds:  How to Know If Psychiatric Drugs Will Help or Hurt Your Child and director of the ADHD team at CHC’s Glen Elliott ADHD Program.

CHC’s approach to working with kids with ADHD and inattention is to develop skills that address immediate problems and teach skills that will be ingrained as lifelong strategies.  We recommend early intervention to protect your child’s self-esteem and enthusiasm for learning.  Unfortunately, many kids with ADHD and inattention problems decide that they aren’t smart or aren’t interested in school before discovering the root of their problem and getting help.

When we recommend medication it is usually in conjunction with therapy and educational services.  Research shows that in approximately two thirds of kids, medication can do a good job of treating symptoms without causing side effects.  Research also shows that medication isn’t sufficiently effective in nearly two thirds of kids.  Medicating a child is a serious decision and many parents are uncomfortable with it.  We respect every family’s right to make their own choice.

Specialists Who Work with ADHD

Get help for ADHD:

Make a Teletherapy Appointment
Mental health and connection are more important than ever.