Report on Media Use By Tweens and Teens 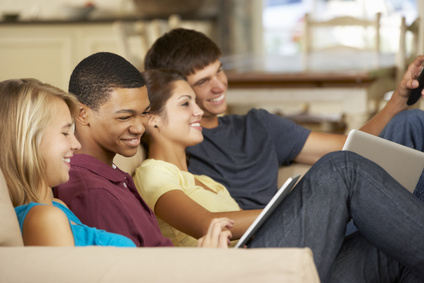 On average, tweens (age 8 to 12) and teens (age 13 to 18) use many different devices and consume tremendous amounts of media. A new Common Sense Media report, Common Sense Census: Media Use by Tweens and Tweens,  uncovers patterns that could spark improvements in content, access, and learning.

The report, based on a nationally representative survey of 2,658 8- to 18-year-olds, identifies distinct types of media users with different patterns of use: Heavy Viewers, Light Users, Social Networkers, Video Gamers, Mobile Gamers, Gamers/Computer Users, and Readers. The recognition of these new user profiles can help parents understand that there’s no such thing as an “average media user” and that kids’ media use may actually be a reflection of deeper needs (for example, to connect with others or learn a new skill).

©Common Sense Media Inc. 2015. All rights reserved. Common Sense is the nation’s leading independent non-profit organization dedicated to empowering kids to thrive in a world of media and technology.

Tagged with: adolescence, media and Internet use, research, teens, tweens
Posted in News