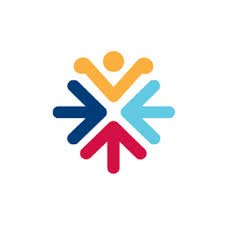 Nearly 40,000 California children ages 5-19, or 5 of every 1,000, were hospitalized for mental health issues in 2014, according to the most recent data available on kidsdata.org. In fact, since 2008, Mental Diseases and Disorders have accounted for the largest share of hospital admissions of children ages 0-17 in California.

These numbers only reflect the most acute mental health challenges (i.e., those requiring hospitalization). Other self-reported data suggest that the prevalence of less acute, but still distressing, mental health issues is even greater. Specifically, 30% of California students in 7th, 9th, and 11th grades, along with those in non-traditional schools, reported feeling sad or hopeless almost every day for two weeks or more during the past year, according to 2011-2013 data. When broken down by gender, the data show that 36% of girls reported depression-related feelings versus 23% of boys. And greater percentages of Native Hawaiian/Pacific Islander and Latino students reported depression-related feelings than students from other racial/ethnic backgrounds—35% and 32%, respectively.

Physical and mental health are intricately linked. Youth with depression are more likely to engage in suicidal behavior, drop out of school, use alcohol or drugs, and have unsafe sexual activity, in addition to having difficulties with school and relationships.

The vast majority of mental health problems begin in adolescence and young adulthood, with half of all disorders starting by age 14. Screening, early identification, and treatment are critical, as untreated mental illness can disrupt children’s development, academic achievement, and their ability to lead healthy, productive lives.