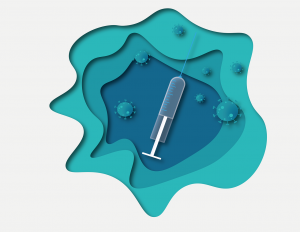 The vaccines made by Pfizer-BioNTech and Moderna set off a persistent immune reaction in the body that may protect against the coronavirus for years, scientists reported.

The findings add to growing evidence that most people immunized with the mRNA vaccines may not need boosters, so long as the virus and its variants do not evolve much beyond their current forms — which is not guaranteed. People who recovered from Covid-19 before being vaccinated may not need boosters even if the virus does make a significant transformation.

“It’s a good sign for how durable our immunity is from this vaccine,” said Ali Ellebedy, an immunologist at Washington University in St. Louis who led the study, which was published in the journal Nature.

The study did not consider the vaccine made by Johnson & Johnson, but Dr. Ellebedy said he expected the immune response to be less durable than that produced by mRNA vaccines.

Dr. Ellebedy and his colleagues reported last month that in people who had survived Covid-19, immune cells that recognize the virus remained in the bone marrow for at least eight months after infection. A study by another team indicated that so-called memory B cells continue to mature and strengthen for at least a year after infection.

Based on those findings, researchers suggested that immunity might last years, possibly a lifetime, in people who were infected and later vaccinated. But it was unclear whether vaccination alone might have a similarly long-lasting effect.

The results suggest that a vast majority of vaccinated people will be protected over the long term — at least, against the existing variants. But older adults, people with weak immune systems and those who take drugs that suppress immunity may need boosters; people who survived Covid-19 and were later immunized may never need them at all.

Exactly how long the protection from mRNA vaccines will last is hard to predict. In the absence of variants that sidestep immunity, in theory immunity could last a lifetime, experts said. But the virus is clearly evolving.

Excerpted from “A Study Finds That the Pfizer and Moderna Vaccines Could Offer Protection for Years” in The New York Times. Read the full article online.