Anxiety About Climate Change: The Environmental Burden of Generation Z 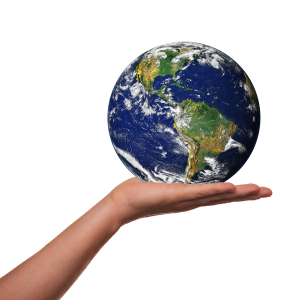 As climate change continues unabated, parents, teachers and medical professionals across the country find themselves face-to-face with a quandary: How do you raise a generation to look toward the future with hope when all around them swirls a message of apparent hopelessness? How do you prepare today’s children for a world defined by environmental trauma without inflicting more trauma yourself? And where do you find the line between responsible education and undue alarmism?

The nexus between climate change and the mental health of children is rarely at the forefront of the discussion around environmental politics, but it’s very real: In a Washington Post-Kaiser Family Foundation poll of American teenagers released in September, 57 percent said that climate change made them feel scared and 52 percent said it made them feel angry, both higher rates than among adults. Just 29 percent of teens said they were optimistic. Reports like the U.S. government’s National Climate Assessment have cited mental health concerns as a side effect of climate change. The American Academy of Pediatrics issued a policy statement in 2015 warning that climate change poses threats to “children’s mental and physical health,” and that “failure to take prompt, substantive action would be an act of injustice to all children.”

According to the National Institutes of Health, nearly 1 in 3 people ages 13 to 18 experience an anxiety disorder, and a study published in April 2018 in the Journal of Development and Behavioral Pediatrics found that anxiety diagnoses in children ages 6 to 17 increased 20 percent between 2007 and 2012. There’s no single cause: A nonstop barrage of social media, a heightened political climate and the threat of school shootings are all stressors. And that’s on top of being a teenager, with all the tumult that entails.

But the often apocalyptic nature of the news about climate change is perhaps uniquely paralyzing. Elizabeth Haase, a psychiatrist in Nevada, describes how some of her patients can be overwhelmed by the scale of the problem: “I’m supposed to be emotionally hopeful in a hopeless situation, and I’m supposed to act powerful when the source of power is collective power and it’s overwhelming, and I’m supposed to feel faith and do things to be sustainable when nature is declining around me.” Overcome by a sense of powerlessness, they simply feel stuck in a situation, with no way out.

“This message of ‘We’re all going to die, how dare you say there might be something we can do’ … that’s just not supported by the science,” says Kate Marvel, a climate scientist and mathematician at Columbia University. “I’m not saying we can all rest, and I’m not saying we live in the best of all possible worlds. But one can have a sense of optimism by working towards a solution.”

Working toward a solution, in fact, is the consensus approach to calming young people’s fears about the future. The key to addressing eco-anxiety at any age, says psychiatrist Haase, is getting “unstuck,” losing that feeling of paralysis in the face of the problem’s magnitude. Haase is a founding member of the Climate Psychiatry Alliance, an ad hoc group that has sprung up to offer patients and doctors advice on discussing climate anxiety. It’s one of a number of such groups that are tackling the growing rate of patients panicked about the state of the world: The Good Grief Network was launched in 2016 to offer group counseling sessions to the climate-anxious.

The emphasis, doctors say, should be on personal responsibility and empowerment. For an overwhelming problem like climate change, being able to take some action — whether eating less meat or switching to an electric vehicle — can help fight paralysis and get patients to recognize that the worst of climate change is not a fait accompli and that some progress can be made. Haase says patients can often end up at one of two poles: one focused on catastrophe, the other essentially ignoring the problem. Recognizing the middle space “can open up your thoughts. By going back and forth, it creates a larger space for you to think in and feel in,” she explains, “and out of that come innovative solutions.”

Excerpted from “The Environmental Burden of Generation Z” in The Washington Post Magazine. Read the full article.