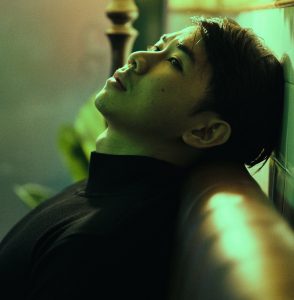 Therapists and community members say it’s common for immigrants, Asian or otherwise, to want to avoid making trouble or drawing attention to themselves. But Asian immigrants in particular, as well as many Asian Americans, also face some traditions that discourage speaking up and turning to mental health resources.

Charissa Cheah, a Chinese American psychology professor at the University of Maryland at Baltimore County, added that culture, immigration status, the language barrier, the “model minority” myth, and a lack of resources for and research about the community all play a role. “Don’t make too much noise, don’t make trouble where your legal status or legitimacy as an American is often questioned. . . . This narrative continues where you don’t feel as if you have a right or the legitimacy to complain when these things happen to you,” she said.

This sensibility can have a devastating effect, experts say, compounded by a lack of mental health resources in the necessary languages and a shortage of counselors who are not only sensitive to these realities but who share Asian heritage. Asian psychologists make up about 4 percent of the profession, while the Asian share of the nation’s population is closer to 6 percent, according to Helen H. Hsu, past president of the Asian American Psychological Association, and it can be difficult to find Asian therapists in some areas of the country, especially the South.

In the past year, there has been much fear, anger and sorrow to bear. According to Stop AAPI Hate, a national coalition aimed at addressing anti-Asian American discrimination, there were a total of 3,795 self-reported incidents against Asian Americans and Pacific Islanders (AAPIs) across the United States between March 19, 2020, and Feb. 28, 2021, ranging from verbal harassment such as being called “coronavirus,” to physical assault including being coughed at, spit on and punched. Experts say the number of incidents is probably underreported, because of cultural obstacles barring community members from speaking out.

Racism takes a toll on mental health, these experts add. In spring of 2020, the American Academy of Pediatrics conducted a study co-written by Cheah on the effect of coronavirus-related racism on the Chinese American community. It found that coronavirus-related “experiences of racial discrimination were associated with higher levels of reported generalized anxiety and depressive symptoms,” the researchers wrote, a finding that was “consistent with previous studies on daily discrimination” among Asian Americans.

Meanwhile, Mental Health America said the percentage of people who identified as AAPI and requested screening for anxiety and depression increased from 10 percent of its screening population in 2019 to 17 percent in 2020. In February of 2020, 79 percent of AAPIs screened had moderate-to-severe depression. But by the end of 2020, the percentage had grown to more than 86 percent.

Although the numbers of Asians experiencing anxiety and depression is rising, Asians in the United States access mental health care at half the rate of other racial groups, according to a 2019 study published by the American Psychiatric Association.

This study cites “feelings of shame, stigmatization, and an unwillingness to burden others” as reasons Asian immigrants and Asian Americans did not seek out therapy.

In the past few years, however, social justice and grass-roots Asian American organizations have come together to encourage to Asians speak up and to challenge the bias against mental health care.

“Times are changing, and we certainly see a generational shift in many ways that we see across other races and ethnicities, but our younger cohorts are absolutely more open to discussion and are really bringing families along as part of that,” said Theresa Nguyen, chief program officer of Mental Health America.

Excerpted from “Amid attacks, Asian Americans challenge traditions that discourage speaking out, seeking therapy” in The Washington Post. Read the full article online.