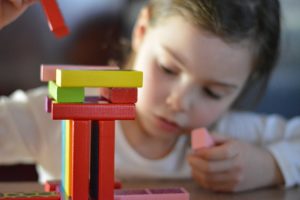 About 1 in 59 eight -year-old children in 11 communities across the United States were identified as having autism in 2014, according the CDC’s Morbidity and Mortality Weekly Report (MMWR) Surveillance Summary published in April 2018.

The data in this report come from CDC’s Autism and Developmental Disabilities Monitoring (ADDM) Network – a tracking system that provides estimates of the prevalence and characteristics of autism spectrum disorder among more than 300,000 8-year-old children. ADDM is the largest population-based program to monitor autism and the only autism tracking system that examines health and education records.

The latest estimate of  1.7 percent (1 in 59) is higher than the previous ADDM estimate released in 2016, which found a prevalence of 1.5 percent or 1 in 68 children. Some of the change in prevalence could be due to improved autism identification in minority populations – although autism is still more likely to be identified in white children than in black or Hispanic children. This identification is important, because children identified early with autism and connected to services are more likely to reach their fullest potential.

“Autism prevalence among black and Hispanic children is approaching that of white children,” said Stuart Shapira, M.D., Ph.D., associate director for science at CDC’s National Center on Birth Defects and Developmental Disabilities. “The higher number of black and Hispanic children now being identified with autism could be due to more effective outreach in minority communities and increased efforts to have all children screened for autism so they can get the services they need.”

The Autism and Developmental Disabilities Monitoring Network estimates are combined from 11 communities within Arizona, Arkansas, Colorado, Georgia, Maryland, Minnesota, Missouri, New Jersey, North Carolina, Tennessee, and Wisconsin. The 11 communities surveyed in this report represent about 8 percent of 8-year-old children in the United States.

Estimates of autism varied widely among the 11 communities in this report, although five reported similar estimates of 1.3 percent to 1.4 percent. The highest prevalence estimate of 2.9 percent came from a community in New Jersey. Some of the regional differences in autism prevalence estimates among the 11 communities might be due to differences in how autism is being diagnosed and documented.

The data demonstrate that more work needs to be done to identify children with autism at a younger age and refer them to early intervention:

“Parents can track their child’s development and act early if there is a concern. Healthcare providers can acknowledge and help parents act on those concerns. And those who work with or on behalf of children can join forces to ensure that all children with autism get identified and connected to the services they need as early as possible,” said Dr. Shapira.  “Together we can improve a child’s future.”

The next ADDM report will add data for children who were 8 years old in 2016 and help us better understand whether autism prevalence is changing and whether improvements are being made in early identification of autism. The Autism and Developmental Disabilities Monitoring Network is not a representative sample of the United States, but is a detailed look at autism in these specific communities. For more information about CDC’s autism activities visit www.cdc.gov/Autism.