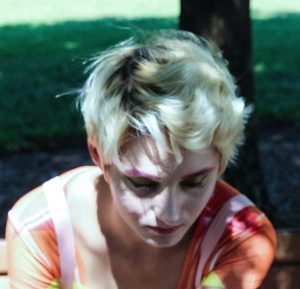 Bullying was common among LGBTQ youth who died by suicide between 2003 and 2017, especially among younger children, researchers reported.

Among 9,884 children ages 10-19 who died by suicide, a far greater proportion of LGBTQ youth were bullied compared with their heterosexual peers (20.7% vs 4.4%), and LGBTQ decedents had nearly five times the odds of experiencing bullying after adjusting for depression, mental health problems, and family or relationship problems (odds ratio 4.92, 95% CI 3.58-6.82, P<0.001), reported Kirsty A. Clark, PhD, MPH, of Yale University in New Haven, Connecticut, and colleagues.

Bullying was most prevalent among LGBTQ children ages 10-13 who died by suicide, with 67.6% experiencing bullying compared with 15% of non-LGBTQ children, the team wrote in a research letter in JAMA Pediatrics.

“Experiencing bullying is associated with a host of mental health problems including things like depression [and] anxiety that contribute to suicidal thoughts and behavior,” Clark said. “For adolescents who are LGBTQ and already navigating the internal psychological process of coming to terms with an LGBTQ identity, that is compounded by things like bullying and social rejection, which can then influence mental health and suicidality.”

Among those of high school age, 19% reported being bullied at school and 7.4% had attempted suicide in 2017, according to the Youth Risk Behavior Surveillance System survey. However, lesbian, gay, and bisexual youth reported being bullied at school at nearly twice the rate of their heterosexual peers (33% vs 17.1%), and attempted suicide at more than four times the rate (23% vs 5.4%), according to the survey.

Although this study is unable to definitively prove bullying caused these suicides, it is “not much of a logical jump to presume [it] played a substantial role,” commented Jack Turban, MD, a clinical fellow in psychiatry at Harvard Medical School in Boston, where he researches the mental health of LGBTQ youth.

Importantly, this issue is not going away because of school closures and stay-at-home measures that confine LGBTQ youth to their homes, Clark said. Cyberbullying, in addition to in-school bullying, is elevated among LGBTQ children, and its adverse effects on adolescent mental health may be compounded in homes where parents have rejected a child’s sexual identity, she said.

“Supportive parenting, especially during these times of high anxiety when youth are spending a lot of time at home, is particularly important for LGBTQ youth,” Clark said.

The researchers used records from the 2003-2017 National Violent Death Reporting System (NVDRS). Clark and co-authors searched records from coroners or law enforcement reports that described adolescent suicide for terms related to bullying. Sexual orientation and transgender status were added to the NVDRS in 2013, but suicides coded before that were also categorized as LGBTQ through text searches in coroner and law enforcement narratives.

They added that although a disproportionate number of LGBTQ youth who died by suicide experienced bullying, the majority of bullying-associated deaths were among non–LGBTQ-classified youth (85.9%).

A screening can help you determine if you or someone you care about should contact a mental health professional. Care Managers can arrange a free 30 minute Care Consultation so you can explore options with an expert. Call or email our Care Managers at 650.688.3625 or careteam@chconline.org to set up an initial Consultation appointment.