Disabled Youth Are More at Risk of Being Incarcerated 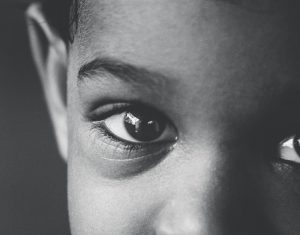 The school-to-prison pipeline describes a national trend that stems from policies, laws, and practices in which children are funneled out of school and into the criminal justice system. A common thread linking the experiences of most children who end up in this pipeline is routinely ignored: disability.

Criminalization of students with disabilities — writing them off as “bad kids” rather than creating support systems to meet their needs — begins as early as preschool. Students in special education classrooms are twice as likely as their peers to be suspended, which greatly increases their risk of incarceration.

Just as we cannot address the school-to-prison pipeline without considering racial discrimination, effective efforts to combat the criminalization of marginalized children must include a disability lens.

The school-to-prison pipeline for children with disabilities is a multi-layered problem. About 85% of incarcerated youth have a disability, but just 37% of them received special education services in school. At the same time, special education programs often function as a new form of school segregation that place disabled children on a track toward unequal outcomes, according to the National Council on Disability.

The situation is further complicated by disability’s intersections with other identities, which make certain kids more vulnerable than others. Black children are more likely to go through school with untreated disabilities and to be diagnosed with behavioral disabilities that funnel them into what could be called a special-education-to-prison pipeline. Children in poverty are impacted harshly by having a disability, because it’s more difficult for them to access resources outside of those offered by their public school. Native kids with disabilities are twice as likely as their white counterparts to receive out-of-school suspension, and three times as likely to be physically restrained in school.

A report released in August 2017 by the Ruderman Family Foundation shows that children with “non-apparent disabilities” — meaning those not immediately visible, such as learning disabilities, autism, Crohn’s disease, or mental illness — are routinely criminalized rather than given the educational accommodations to which they are legally entitled. The report also found that non-apparent disabilities are overrepresented in children already at-risk, including Black, Latinx, and Native kids, those in the foster care system, and trauma survivors.

Excerpted from “Disabled Youth Are More at Risk of Being Incarcerated” in Teen Vogue (October 9, 2017) Read the full article.  Read or download the Ruderman Family Foundation white paper on the Criminalization of Children with Non-Apparent Disabilities.