E-Cigarettes Spawn a Form of Teen Addiction That Worries Doctors, Parents and Schools 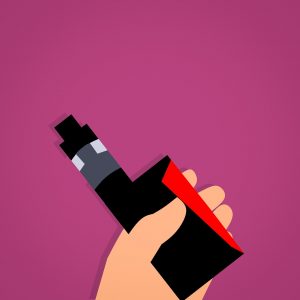 As e-cigarettes have skyrocketed in popularity among teenagers in the past two years, pediatricians report seeing teens who behave less like tobacco users and more like patients with substance-abuse disorders.

Some young people have resorted to stealing from their parents or selling e-cigarette paraphernalia to support their habits, addiction treatment specialists said. And even though many teens assume e-cigarettes are safe, some turn up with signs of nicotine toxicity, a condition previously seen in young children who accidentally ingested nicotine gum. Others are reporting respiratory problems.

“We were thinking about vapes just like we thought about cigarettes. Over time we realized no, no. This is something really different,” said Sharon Levy, director of the Adolescent Substance Use and Addiction Program at Boston Children’s Hospital. She and other doctors said they believe they are witnessing for the first time the damage that repeated exposure to high levels of nicotine wreaks on young bodies.

Although the phenomenon has yet to be described in medical literature, anecdotal evidence from leading addiction specialists in Boston and New York and from families grappling with adolescent e-cigarette addiction points to previously unseen consequences of use among teens. Several families have sued Juul, accusing it of causing nicotine addiction in their children and describing extreme addiction symptoms.

Doctors said they believe the behaviors of teens addicted to e-cigarettes could be linked to their design: Many products, including Juul, allow users to ingest far more nicotine than they would with traditional cigarettes.

“With the Juuls, kids are able to get a much higher dose of nicotine — and dose matters,” Levy said. “These kids have behaviors that we often see in patients who have opioid or marijuana addiction, but we didn’t typically see with kids who developed addiction to traditional tobacco cigarettes.”

Because of a variety of factors — genetics, trauma, peer behavior — some teens develop a strong attachment to the products, bonds that are unshakable even in the face of escalating consequences. Experts say teen brains are particularly vulnerable to addiction because they are still developing and that it is easier for teens to fall victim to addictive products because they have less impulse control.

They worry the chemical will shape the brains of teens, priming their “reward pathways” and making them more vulnerable to other kinds of substance abuse. They worry, too, that many pediatricians lack the expertise and treatments to help young people who cannot quit.

And there are few treatment options for teens addicted to nicotine. While adult smokers seeking to quit have benefited from nicotine patches and the drug varenicline, better known as Chantix, there is scant evidence those treatments work for young people, according to Jonathan Winickoff, a pediatrician and researcher at Massachusetts General Hospital who specializes in tobacco cessation and who treated Cade Beauparlant.

“We have millions of kids now, millions of adolescents who are using mostly Juul — and in some cases other devices — who are unable to quit,” Winickoff said. “It’s something we don’t have the infrastructure to deal with.”

Excerpted from “In the ‘Juul room’: E-cigarettes spawn a form of teen addiction that worries doctors, parents and schools” in The Washington Post. Read the full article.

Source: The Washington Post | In the ‘Juul room’: E-cigarettes spawn a form of teen addiction that worries doctors, parents and schools, https://www.washingtonpost.com/local/education/helpless-to-the-draw-of-nicotine-doctors-parents-and-schools-grapple-with-teens-addicted-to-e-cigarettes/2019/07/25 | © 2019 The Washington Post