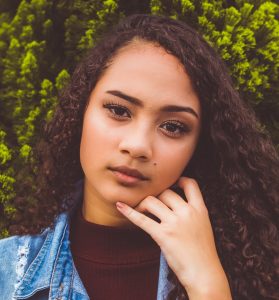 Eating disorders are thriving during the pandemic. Hotline calls to the National Eating Disorders Association are up 70-80% in recent months. For many, eating is a form of control — a coping mechanism tied to stress. Food scarcity and stockpiling behavior can trigger anxieties about eating, or overeating among some.

It’s also a lethal threat. Eating disorders have the second-highest mortality rate of any psychiatric diagnosis — outranked only by opioid use disorder.

A survey in International Journal of Eating Disorders in July found 62% of people in the U.S. with anorexia experienced a worsening of symptoms as the pandemic hit. And nearly a third of Americans with binge-eating disorder, which is far more common, reported an increase in episodes.

“Many people in our study … were talking about concerns that their eating disorder would get worse because of a lack of structure, a lack of social support, living in a triggering environment. And now that sense of structure has just kind of gone out the window,” says Christine Peat, a co-author of the study. “And with that can go the structure you had around your meals and your snacks.”

A boom in teletherapy, Peat says, has helped some people continue to receive care, but it has left many people behind — 45% of respondents — without care.

Often eating disorders are misunderstood as a white woman’s disease. That’s meant early signs are often missed among men or boys (who make up a quarter of eating disorder cases) and particularly among people of color. The gap in access to care also cuts along race: “We know, unfortunately that people of color are only receiving treatment at about half the rate of their white counterparts,” Peat says.

Excerpted from “Eating Disorders Thrive In Anxious Times, And Pose A Lethal Threat” on NPR. Read the full article online, or listen to the four-minute podcast for :

To find out more or get help in dealing with an eating disorder, you can contact the National Eating Disorder Association online, or text “NEDA” to 741741 to reach a trained volunteer at the group’s crisis text line.