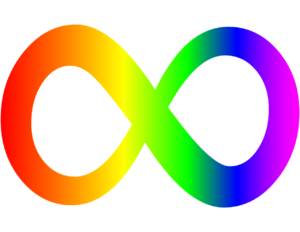 Autism spectrum disorder (ASD) is a developmental disability caused by differences in the brain. Scientists do not know yet exactly what causes these differences for most people with ASD. However, some people with ASD have a known difference, such as a genetic condition. There are multiple causes of ASD, although most are not yet known.

There is usually nothing about how people with ASD look that sets them apart from other people, but they may communicate, interact, behave, and learn in ways that are different from most other people. The learning, thinking, and problem-solving abilities of people with ASD can range from gifted to severely challenged. Some people with ASD need a lot of help in their daily lives; others need less. A diagnosis of ASD now includes several conditions that used to be diagnosed separately: autistic disorder,pervasive developmental disorder not otherwise specified (PDD-NOS), and Asperger syndrome. These conditions are now all called autism spectrum disorder.

What are some of the signs of ASD?

People with ASD often have problems with social, emotional, and communication skills. They might repeat certain behaviors and might not want change in their daily activities. Many people with ASD also have different ways of learning, paying attention, or reacting to things. Signs of ASD begin during early childhood and last throughout a person’s life.

What can I do if I think my child has ASD?

Don’t wait; early intervention can make a difference!  Talk with your child’s doctor or nurse. If you or your doctor thinks there could be a problem, ask for a referral to see a developmental pediatrician or other specialist. If you would like to schedule a screening for a child under the age of 3, call 650.688.3625 or email careteam@chconline.org.

Excerpted from Centers for Disease Control and Prevention, www.cdc.gov/actearly. Also available as a downloadable Fact Sheet in English and Spanish.