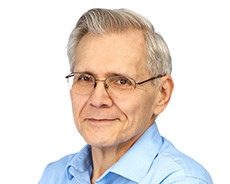 In recognition of outstanding contributions to his profession and the Marquis Who’s Who community, Dr. Elliott has been featured on the Albert Nelson Marquis Lifetime Achievement website. See  www.ltachievers.com for more information about this honor.

For over 40 years, Dr. Elliott has been dedicated to improving care of children and adolescents with severe psychiatric and behavioral disorders. He is currently serving as Chief Psychiatrist and Medical Director at the Children’s Health Council. He initially embarked upon his academic career at Stanford University, where he leveraged his experience in chemistry towards the study of mental disorders, and subsequently earned both a Doctor of Medicine and Doctor of Philosophy. After completing a residency at Harvard Medical School, he returned to Stanford, where he did further training in child and adolescent psychiatry before joining the faculty as an assistant professor in 1986. In 1989, Dr. Elliott became Director of Child and Adolescent Psychiatry at the University of California, San Francisco, where he garnered an exemplary reputation for his clinical and research endeavors in attention deficit hyperactivity disorder (ADHD) and autism and for training the next generation of child and adolescent psychiatrists for over 17 years.

Dr. Elliott was honored with the status of professor emeritus in 2006, when he left to continue his career at the Children’s Health Council. He also works part-time at his alma mater, Stanford University, as the associate director of child and adolescent psychiatry and as an affiliated clinical professor with Stanford Medicine. An acclaimed thinker in his field, he wrote “Medicating Young Minds: How to Know if Psychiatric Drugs Will Help or Hurt Your Child” in 2006, and has received such honors as the Paul M. Howard Prize in 1984, recognition as the number one child psychiatrist in the United States by HealthTap in 2012, and the Al De Ranieri Lifetime Achievement Award in 2019, among many others. Although no longer directly involved in research, Dr. Elliott maintains association with multiple organizations pertinent to his field, including the American College of Psychiatrists, the American Board of Psychiatry and Neurology and the American Academy of Child and Adolescent Psychiatry.

Adjacent to his professional career, Dr. Elliott serves as the director for Camp Opportunity in Santa Cruz, a nonprofit dedicated to helping children improve their self-esteem. Having a fond enjoyment for music, he is also director of the bell choir at his local church. Happily married to his wife, Janette, for many years, Dr. Elliott is the proud father of two sons, James and Mark Elliott.

Individuals profiled in Marquis Who’s Who biographical volumes, are selected on the basis of current reference value. Factors such as position, noteworthy accomplishments, visibility, and prominence in a field are all taken into account during the selection process.