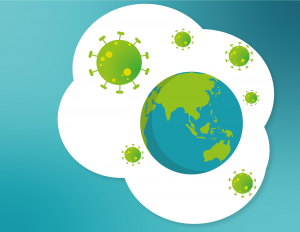 It’s getting even riskier to remain unvaccinated.

The United States, as a whole, is still in good shape for the summer of reunions and revived activities. But for those who haven’t been immunized against COVID-19, there is a new concern: the emergence of yet another coronavirus variant, one with a nasty combination of features that makes it even more dangerous than the other strains that have caused global alarms.

The variant, known as Delta, was first spotted in India and helped power that country’s recent explosive outbreaks. Also called B.1.617.2, it seems to be the most transmissible version of the coronavirus seen thus far, but also carries some ability to get around the body’s immune protection generated after vaccination or an initial infection. (There’s also some evidence that it is more likely to cause severe disease, though researchers are still trying to confirm that.)

In the United States, Delta accounts for just 6% of sequenced cases, federal health officials said this week, though its prevalence is building.

On an individual level, people who have had their full vaccine regimens — a figure that this week in the U.S. crossed 50% among those 12 and older — don’t need to be particularly worried about Delta. The COVID-19 immunizations retain the large bulk of their effectiveness against the variant, though with different vaccines used in different parts of the world, scientists are still parsing how each of them fare. Experts so far have been particularly impressed with how strongly the two-dose mRNA vaccines from Moderna and Pfizer-BioNTech, which account for the bulk of shots delivered in the U.S., stand up to different versions of the virus.

Nationwide, cases have plunged from where they were just months ago, though the pace of decline has slowed. Study after study has shown the vaccines aren’t just protecting people from COVID-19, but are blunting transmission.

That wall of protection will benefit people who are unvaccinated as well, as will other factors that could be contributing to lower transmission rates, including immunity levels from natural infection and seasonal factors that seem to put some brake on spread.

But some unvaccinated people remain more vulnerable than others.

Plus, more transmissible variants like Delta require a higher level of population immunity to be slowed.

The silver lining of the appearance of different variants is that, for whatever twists evolution has thrown our way, the vaccines have largely been able to withstand them.

But research into Delta has also underscored the importance of getting both shots of the two-dose vaccines. A study from Public Health England last month showed the Pfizer regimen was 88% effective at protecting against symptomatic illness from the variant.

“After the second dose, we see the amount of antibody in a person’s blood is even higher than after the first dose, and therefore more people will be above a threshold,” Wendy Barclay, a virologist at Imperial College London, said at a press briefing Wednesday. “There’s a certain level of antibody and immunity you need to be protected. We know that’s a certain level for the Alpha variant, and there will be a slightly higher level required to protect against Delta variant.”

Excerpted from “Here’s What You Need to Know About the More Transmissible Delta Variant.” Read the full article on the KQED website for additional details.