How to Reduce the Mental Health Risk for Gender-Nonconforming Kids 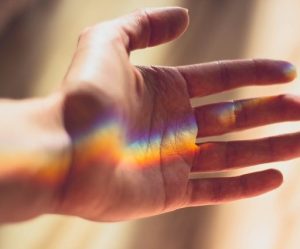 In recent years, much of the country has become more accepting of those with sexual- and gender-nonconforming identities. But according to a yearly survey from the media-monitoring organization GLAAD, 2017 marked the first time that their Accelerating Acceptance report showed a decline in its four-year history – not surprising given the “attacks, bias, and erasure by the Trump administration,” as the report states. Many in the LGBTQ community still face pressure, hostility and discrimination from a variety of sources, including their own families. As a result, these individuals, especially youth, are at a much higher risk of mental illness, substance abuse and risky behaviors.

According to the National Alliance on Mental Illness:

In a large national survey conducted by the National Center for Transgender Equality in 2015, 40 percent of respondents reported at least one suicide attempt during their lifetime. The vast majority of reported attempts – 92 percent – occurred before age 25.

Parents can help their LGBTQ children build resilience and mitigate stress in many ways, Ramos says. “We know that expressing affection towards your child and acceptance of your child’s identity is very important. Parents can also encourage safe exploration of gender expression by providing access to age-appropriate toys, clothes, books and media.”

All adults should advocate for children who are mistreated because of their identity and limit exposure to intolerant individuals or environments. “Parents can also help children by connecting them to positive and affirming activities and groups. And seeking professional help for mental health symptoms or stressful events can help youth develop positive coping skills, explore identities and manage negative emotions,” Ramos explains.

Excerpted from “How to Reduce the Mental Health Risk for Gender-Nonconforming Kids” in U.S. News & World Report. Read the full article.

Do you need someone to talk to? CHC can help. We invite you to call or email our Clinical Services Coordinators at 650.688.3625 or careteam@chconline.org to set up a free 30-minute consultation.