How Virtual Reality Can Help Those with Autism 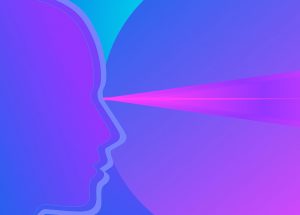 One tool that is being embraced by therapists, counselors, teachers, parents and their children to help those with autism to better communicate and connect with others and the world around them is virtual reality. It is also being used to help others without autism to understand what living with the condition means. Many argue that there is no other medium that comes as close to putting you in someone else’s shoes as VR.

Autism therapists and researchers started to use VR in the mid-1990s. Researchers often deployed the technology to create virtual environments to help autistic people prepare for encounters or situations that could be stressful. For example, the Center for BrainHealth and the Child Study Center at Yale University’s School of Medicine collaborated to help young adults with ASD achieve economic and social independence with the help of VR.

VR has also been used to help prepare autistic children for public speaking. Using an audience of avatars which faded away if eye contact wasn’t made by the speaker, children were encouraged to look around the room, rather than just ahead. The game of keeping the avatars on screen was met with a good response from the participants.

Phobias that often impact autistic children have also been tackled with VR. These phobias can include, but are not limited to: a fear of public transport, classrooms, balloons, and animals. Cognitive behavioral therapy (CBT) can be used to combat the effects of these phobias but to fully benefit from CBT, visualization and imagination should be used: these activities can be a struggle for those with autism.

Using VR to create role-playing environments for practicing social skills or alleviate phobias has proven to be successful –  increasingly – however, people with autism are using VR to convey their own experiences, both to raise awareness of the condition and to capture the cognitive and perceptual differences that characterize it. Even the best-intentioned cannot fully understand what life is like for autistic individuals.

Beholder is an example of such a project. The project’s creator, Matt Clark, founder of United Visual Artists (UVA) has a severely autistic 15-year-old son, Oliver. Matt built Beholder so he and others could see the world through his son’s eyes.

In 2016, Don’t Panic, a creative agency, produced an immersive experience for the nonprofit National Autistic Society. The simulation portrays how isolated and overwhelmed an autistic child may feel at a shopping mall.

The VR industry has a huge role in shifting how we use technology to help support those on the autistic spectrum to connect, communicate and navigate. Plus, it can help those without the condition learn more about it.

Excerpted from “How Virtual Reality Can Help Those With Autism” by Sol Rogers, the CEO and Founder of REWIND, an immersive content studio. Read the full article in Forbes online.