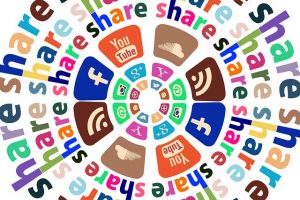 Spending too much time scrolling through social media and watching more television has been linked with symptoms of depression in young people — and a new study reveals to what extent screen time and depression may be intertwined.

For every additional hour young people spend on social media or watching television, the severity of depressive symptoms they experience goes up, according to a study published in the journal JAMA Pediatrics.
The study included 3,826 students in seventh to 11th grade from 31 schools in the Montreal area in Canada. Between 2012 and 2018, the students were asked to complete surveys during class to assess their screen time behaviors and symptoms of depression.
Screen time was measured by asking students how much time per day they spent playing video games, using social media, watching television and using a computer.
The researchers found that high levels of social media use over four years was associated with increased depression — and each one-hour increase in the average time students said they spent on social media was associated with an increase in the severity of depression symptoms within that same year.
The tendency to already watch high levels of television over four years without an increase was associated with less depression. But the researchers found that each one-hour increase in the average amount of time students said they spent watching television within a given year was associated with an increase in the severity of depression symptoms that year.
The researchers found that high levels of computer use over four years were associated with increased depression, but any further increase in use in that same year was not associated with increased severity of depression.
No significant associations were found between video gaming and depressive symptoms.
While the study distinguished between various types of screen time, more research is needed to distinguish between various platforms or genres within those types, such as Snapchat versus Instagram for social media, or sitcoms versus reality shows for television viewing.
The American Academy of Pediatrics recommends that parents place consistent limits on how many hours per day their preteens or teens spend using screens.
Moreover, the academy recommends that screen time should not interfere with young people’s daily exercise and sleep; it’s recommended to avoid exposure to devices or screen for one hour before bedtime.
Excerpted from “Increasing social media use tied to rise in teens’ depressive symptoms, study says” from CNN. Read the full article.