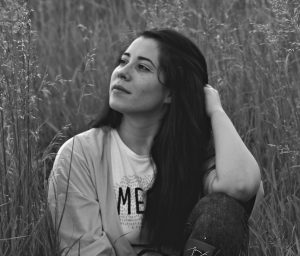 When the coronavirus barreled into the U.S. this year, the predominant public health advice for avoiding infection focused on physical isolation: No parties, concerts or sports events. No congregating inside bars or restaurants. No on-site family reunions. No play dates for kids. Just keep away from other people.

Meanwhile, although social scientists supported that medical advice, they feared the required physical distancing would spark another epidemic — one of loneliness, which was already at a high level in the U.S.

“You might expect this would make things much worse,” says Julianne Holt-Lunstad, a neuroscientist and social psychologist at Brigham Young University.

But several new studies suggest that huge increase in loneliness hasn’t come to pass — at least, not yet. And the researchers studying the pandemic’s emotional fallout say humans may have ourselves to thank.

Angelina Sutin, an associate professor of behavioral sciences at Florida State University College of Medicine, was one of a team of researchers who checked in three times between January and late April with more than 1,500 Americans ages 18 to 98. Her team’s survey, which aimed each time to get at measures of loneliness, was recently published online in American Psychologist, a peer-reviewed journal.

Sutin and her colleagues had designed their survey in pre-pandemic days as a one-off look at how loneliness and other aspects of psychological health affect physical health. Then came the coronavirus. By mid-March, state and local governments were issuing “shelter in place” rules. And even in many communities where it wasn’t mandated, many people started avoiding face-to-face encounters.

Sutin and her colleagues realized they had a unique opportunity to measure the effects of physical isolation on loneliness. Between March 18 and 29 they asked those who had participated in their original survey how they were doing now that all those social distancing rules were in place. A month later the researchers checked in with the respondents yet again.

On a loneliness scale of 1 to 3, with 1 being not very lonely and 3 being very lonely, the score was 1.69 in the first survey, 1.71 in the second and 1.71 in the third — no statistically significant difference. “The thing that everybody thought was going to happen didn’t happen,” says Sutin.

There was some variation among the participants. Some people reported being newly lonely; some felt less lonely over time. The researchers say they found no racial differences in the responses, but did do an age analysis and found, as have other studies, that people 65 and older tend to be less lonely than the 18- to 64-year-old age group. The prevalence of loneliness in those 65 and older went from 16% in the first survey to 21% in the second and then dropped to 18% in the third.

There are limits to what can be concluded from the findings, Sutin says. “This is an Internet survey, and so we did not capture people who don’t have an Internet connection,” for example. And people who have low incomes or who live rural areas were underrepresented.

In hindsight, Holt-Lunstad says, she’s not that surprised that the widely expected spike in loneliness didn’t occur. As the pandemic shuttered many stores and businesses, neighbors began to rely on each other more, she notes.

The anxiety that psychologists studying teen and adult use of social media call a “fear of missing out” has been associated with symptoms of depression and physical problems such as headaches and shortness of breath. In some ways, Sutin says, this sort of social pressure has taken a dive.

Lest her findings be taken as unremittingly good news, know that neither she nor other psychologists are happy with the relatively high background level of loneliness that existed in American culture before the pandemic — and continues now. They would like to not only flatten the loneliness curve, but drive it way down. They’re also concerned about the people their surveys haven’t reached — those with lower incomes and others who aren’t online.