Media Use by Tweens and Teens 2019 [downloadable]

The Common Sense Census: Media Use by Tweens and Teens, an update to the 2015 study of the same name, is a big-picture look at how young people in America are engaging with media.

The 2019 census found that the rapid uptick in screen time has slowed, but tweens and teens in the U.S. are still spending a large chunk of time on screens every day, with 8- to 12-year-olds now averaging just under five hours of screen media a day (4:44), and teens viewing about seven and a half hours (7:22) daily — not including use of screens at school or rapidly growing use of computers for homework.

While just over half of teens (51%) still read for fun at least once a week, nearly a third of teens (32%) say they read for pleasure less than once a month, if at all. And enjoyment of reading declines as kids get older, with just 24% of teens, compared with 38% of tweens, saying they enjoy reading “a lot.”

With the rise of online videos, the time young people spend watching TV on a TV set is down dramatically—a decrease of about 25 minutes a day among tweens and 24 minutes a day among teens. Indeed, more than twice as many young people watch online videos every day than in 2015, and the average time spent watching roughly doubled to about an hour in 2019.

Despite the fact that YouTube says it is only for those age 13 and older, the platform dominated online viewing, with 76% of 8- to 12-year-olds saying they use the site. By comparison, only 23% report watching YouTube Kids. 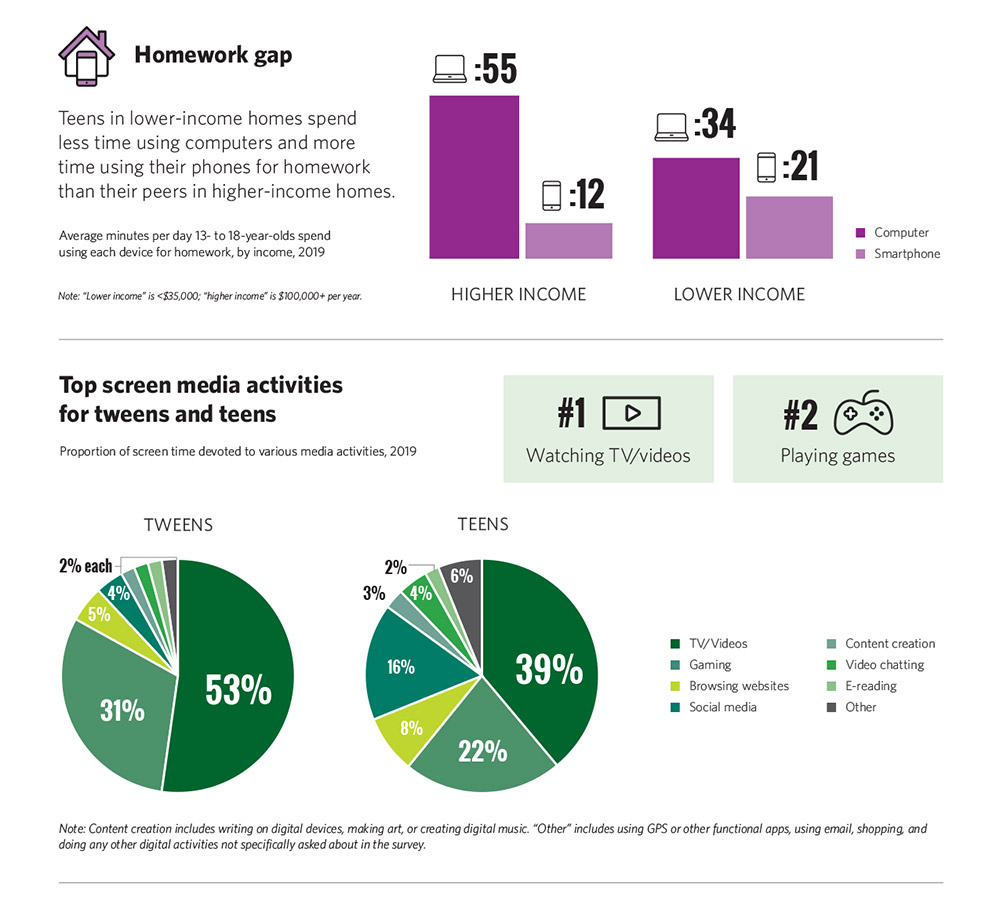 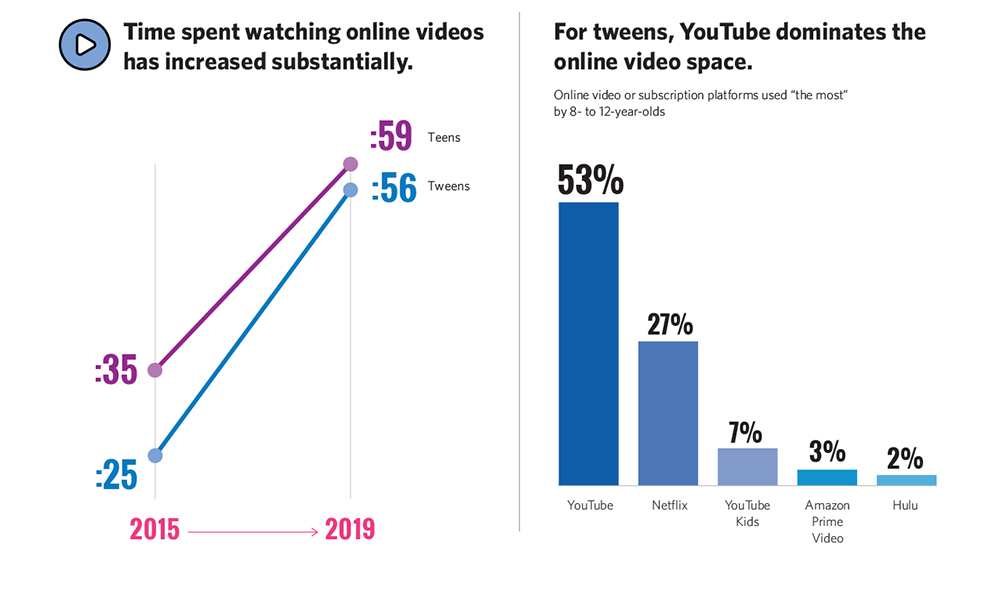 Excerpted from Common Sense Media press release, “The Common Sense Census: Media Use by Tweens and Teens: New Research Finds YouTube Videos Beat Out TV and Video Games as Entertainment of Choice for Tweens and Teens.” Read the full release.  You may also download a PDF of the report.

Common Sense is a nonprofit organization dedicated to improving the lives of kids and families by providing the trustworthy information, education, and independent voice they need to thrive in the 21st century. Common Sense research gives parents, educators, health organizations, and policymakers reliable, independent data on children’s use of media technology.

Do you need someone to talk to? CHC can help.  We invite you to call or email our Clinical Services Coordinators at 650.688.3625 or careteam@chconline.org to set up a free 30-minute consultation.