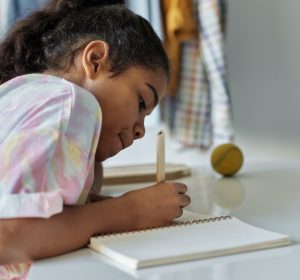 The U.S. Education Department has released the first in a series of school surveys intended to provide a national view of learning during the pandemic. It reveals that the percentage of students who are still attending school virtually may be higher than previously understood.

As of January and early February of this year, 43% of elementary students and 48% of middle school students in the survey remained fully remote. And the survey found large differences by race: 68% of Asian, 58% of Black and 56% of Hispanic fourth graders were learning entirely remotely, while just 27% of White students were.

Conversely, nearly half of white fourth-graders were learning full-time in person, compared with just 15% of Asian, 28% of Black and 33% of Hispanic fourth-graders. The remainder had hybrid schedules.

This disparity may be partly driven by where students live. City schools, the survey found, are less likely than rural schools to offer full-time, in-person classes. Full-time, in-person schooling dominated in the South and the Midwest, and was much less common in the West and Northeast.

This survey covers a nationally representative sample of around 7,000 schools, half of which were educating fourth-graders and the other half educating eighth-graders (those being grades included in The Nation’s Report Card testing).

Finally, this pilot survey asked how many hours of live video instruction students were receiving when learning remotely. The majority of schools said they are offering more than three hours per day. But 10% of eighth-graders, and 5% of fourth-graders, are getting no live instruction at all when learning remotely. They may be working on other activities such as homework packets, or software, or watching pre-recorded lessons.

Listen to an audio version of this article: