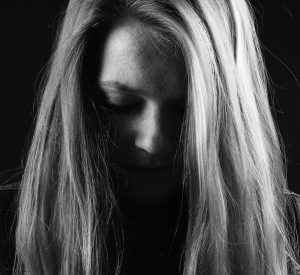 The Netflix show “13 Reasons Why” was associated with a 28.9% increase in suicide rates among U.S. youth ages 10-17 in the month (April 2017) following the show’s release, after accounting for ongoing trends in suicide rates, according to a study published in Journal of the American Academy of Child and Adolescent Psychiatry. The findings highlight the necessity of using best practices when portraying suicide in popular entertainment and in the media. The study was conducted by researchers at several universities, hospitals, and the National Institute of Mental Health (NIMH), part of the National Institutes of Health. NIMH also funded the study.

The number of deaths by suicide recorded in April 2017 was greater than the number seen in any single month during the five-year period examined by the researchers. When researchers analyzed the data by sex, they found the increase in the suicide rate was primarily driven by significant increases in suicide in young males. While suicide rates for females increased after the show’s release, the increase was not statistically significant.

“The results of this study should raise awareness that young people are particularly vulnerable to the media,” said study author Lisa Horowitz, Ph.D., M.P.H., a clinical scientist in the NIMH Intramural Research Program. “All disciplines, including the media, need to take good care to be constructive and thoughtful about topics that intersect with public health crises.”

To better understand the impact of “13 Reasons Why” on suicide rates, researchers analyzed annual and monthly data on deaths due to suicide sourced from the Centers for Disease Control and Prevention’s web-based Wide-ranging Online Data for Epidemiologic Research.

The researchers examined whether the rates of suicide for the period after the release of “13 Reasons Why” were greater than would be expected based on suicide counts and trends observed in previous years. The researchers found that the rates of suicide for 10- to 17- year-olds was significantly higher in the months of April, June, and December 2017 than were expected based on past data.

The findings of this study add to a growing body of information suggesting that youth may be particularly sensitive to the way suicide is portrayed in popular entertainment and in the media. This increasing recognition of entertainment and media influence has led a variety of groups, such as National Action Alliance for Suicide Prevention, the World Health Organization, and reporting on suicide.org, to create best practices for talking about and portraying suicide on screen.

Source: National Institute of Mental Health |Release of “13 Reasons Why” Associated with Increase in Youth Suicide Rates, https://www.nimh.nih.gov/news/science-news/2019/release-of-13-reasons-why-associated-with-increase-in-youth-suicide-rates.shtml | Accessed May 29, 2019

In response to the series, the JED Foundation and Suicide Awareness Voices of Education (SAVE) developed talking points to assist parents, teachers, and other gatekeepers in talking to youth about suicide as it relates to the situational drama that unfolds in 13RY. Access downloadable talking points for viewing and discussing this series.

Suicide Awareness Voices of Education (SAVE) has coordinated with two dozen mental health organizations to develop a website, 13reasonswhytoolkit.org, that contains information, resources and toolkits for youth/peers, parents, educators and clinicians/professionals for families to address the specific topics raised in the episodes. Read more about this effort.