One in 5 Students with Significant ADHD Gets No School-Based Help, Study Finds 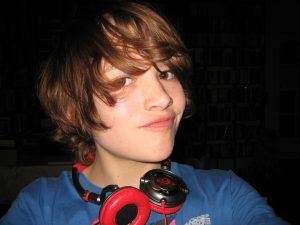 A substantial percentage of students with ADHD symptoms severe enough to affect them both academically and socially are not getting any support in school for the disorder, says a new study based on the experiences of nearly 2,500 children and youth.

The Centers for Disease Control and Prevention estimates that a little over 9 percent of children and youths ages 2 to 17—about 6 million—have been diagnosed with attention deficit hyperactivity disorder at some point in their lives. According to the CDC, children with the chronic condition, which often lasts through adolescence and adulthood, may have trouble paying attention, be overly active, or have a hard time controlling impulsive behaviors. The CDC also notes that the rate of ADHD diagnosis has been on the rise.

In the study, parents of children who had been diagnosed with ADHD by a physician were asked to describe their childrens’ symptoms and what kind of interventions, if any, they were receiving. The parents were participants in the National Survey of the Diagnosis and Treatment of ADHD and Tourette Syndrome. The survey was conducted in 2014.

Many of the children in the sample had a rocky school experience, their parents reported. About 51 percent reported problems overall with school, and 30 percent reported problems with peer relationships. Fifteen percent had received a D or F on their report card, nearly a quarter had repeated a grade, and almost 16 percent had been expelled from school or from child care.

About 69 percent of parents said their children were receiving one or more school services related to their ADHD, which might include enrollment in special education, tutoring, extra help from a teacher, preferential seating, or extra time to complete work.

About a third of parents reported their children received “classroom management” interventions, such as a reward system, behavioral modification, or a daily report card.

But that left a notable percentage of students who exhibited impairing symptoms getting no interventions at all, said George DuPaul, a professor of school psychology and the associate dean for research in the College of Education at Lehigh University. DuPaul was the lead author on the study, “Predictors of Receipt of School Services in a National Sample of Youth With ADHD.”

Read the original news story on the Lehigh University website.