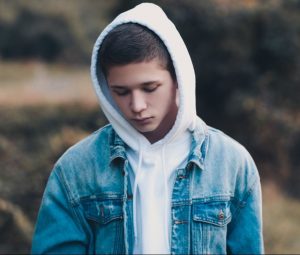 The pandemic has taken a toll on the mental wellness of many people around the world, and some experts are concerned about the lasting effects it could have on adolescents and young adults especially.

A survey by the American Psychological Association (APA) from 2020 found more than 7 in 10 Generation Z individuals reported symptoms of depression and reported the highest level of stress compared to other age groups.

A recent study published in The Lancet Psychiatry surveyed people in Iceland ages 13 to 18 in 2016, 2018 and 2020. The researchers found an increase in depressive symptoms and worse mental well being during the pandemic along with greater use of substances like cigarettes, electronic cigarettes and alcohol. These outcomes were worse in adolescent girls than in boys, according to the authors.

A similar study of 500 people in the age group above at 18 to 25 years old found similar results that suggested women were more impacted than men. The young women showed increased rates of depression and anxiety symptoms. “Although certain public health measures were important in controlling the spread of the virus, the benefits of social support and interaction, which often act as buffers against the effects of stress, have also been reduced due to the pandemic,” said senior author James MacKillop in a press release.

“Collectively, these results indicate the importance of critical thinking and considering population subgroups when it comes to COVID-19’s psychological impacts,” MacKillop said in the press release. “Rather than uniform increases or decreases, it’s increasingly clear that subgroups will show very different patterns, including both negative and, in some cases, positive changes.”

Another subgroup is LGBT youth. In a survey, 73 percent of them reported anxiety symptoms, 67 percent reported depression symptoms and 48 percent reported serious thoughts of suicide, according to the Kaiser Family Foundation. This group was already at increased risk for depression, suicidal ideation and substance use before the pandemic.

The APA survey also highlighted that some of the reasons for stress among Gen Z individuals include current events, such as widespread sexual harassment or assault reports in the news, rise in suicide rates or change in abortion laws. Nearly 80 percent of Gen Zers said the future of the nation was a significant source of stress.

Researchers will need to continue to study the ongoing effects of the pandemic to understand the potential long-term implications.

Excerpted from “Psychological effects of the pandemic may be felt in young people for a long time to come.” Read the full story online in The Hill.

Source: The Hill | Psychological effects of the pandemic may be felt in young people for a long time to come, https://thehill.com/changing-america/well-being/mental-health/557565-psychological-effects-of-the-pandemic-may-be-felt | Copyright 2021 The Hill: Changing America