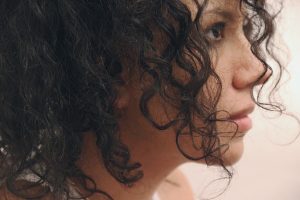 When the researchers Carl Hanson and Quinn Snell set out to identify the top 10 factors that predicted suicidal thoughts and behavior in 179,000 Utah high school students, they had no preconceived notions. Instead, they fed years worth of survey responses from those teens, who’d answered questions about things like school involvement, family life, and mental health, into 100 different machine learning models, eager to let the data lead them to a conclusion.

What the Brigham Young University professors learned should spark a serious conversation about why children and teenagers need digital and real-life safe spaces free from bullying, discrimination, and violence. Critics of the concept of safe spaces — settings designed to minimize fear and harm while fostering trust and confidence — lambast it as a way for youth to insulate themselves from contrary ideas and objectionable behavior. But for young people, safe spaces can offer desperately needed acceptance, inclusion, and love.

Hanson and Snell’s findings, published recently in PLOs ONE, tell a vastly different story about the significance of safe spaces for teens. The researchers and their co-authors found that being threatened or harassed by peers over the internet, or being picked on or bullied by a student at school were by far the top two predictors for experiencing suicidal thoughts and behavior. Classroom and family environments mattered, too. At home, serious family arguments, disagreements about the same issues over time, and exposure to insults and shouting were among the top 10 predictors, along with feeling unsafe at school, or hating school.

Yet when campus activists who are already aware of this reality push for safe spaces at home and in public, they frequently become targets of critics who depict them as cartoon villains. The debate then focuses on trigger warnings or contested speech, a dynamic that overshadows the real consequences of indifference or cruelty. Research, however, powerfully illuminates the connection between certain negative experiences and poorer mental health for youth.

A recent Pediatrics study, for example, found that when young people transitioning into adulthood frequently experienced discrimination based on their race, ethnicity, physical appearance, or age, they were more likely to report psychological distress and mental illness. When researchers for The Trevor Project polled transgender and nonbinary youth about how peers and adults (including family members and school and healthcare professionals) treated them, they found an association between greater acceptance and significantly reduced likelihood of suicide attempts.

Research tells us that traumatic childhood experiences like physical abuse, emotional neglect, and household violence are more common than older adults might admit. The difference today is that, unlike the generations that came before, teens and young adults are less willing to accept such suffering as inevitable.

Dr. Myeshia Price, senior research scientist for The Trevor Project, said in an email that “the term ‘safe spaces’ should not be controversial” given the reality that transgender youth face.

“Not only do we need to create spaces that shield trans young people from anti-trans bullying and violence, but also to support their mental health and well-being and empower them to express themselves and reach their full potential,” she wrote.

The simple acts of using the correct names and pronouns for trans and nonbinary youth, actively listening, and practicing empathy can help create the safe spaces that they desperately need. This is the least a caring adult can do for a vulnerable child.

If you want to talk to someone or are experiencing suicidal thoughts, Crisis Text Line provides free, confidential support 24/7. Text CRISIS to 741741 to be connected to a crisis counselor. Contact the NAMI HelpLine at 1-800-950-NAMI, Monday through Friday from 10:00 a.m. – 8:00 p.m. ET, or email info@nami.org. You can also call the National Suicide Prevention Lifeline at 1-800-273-8255. Here is a list of international resources.