Screen Time for Kids Under 2 More Than Doubles, Study Finds 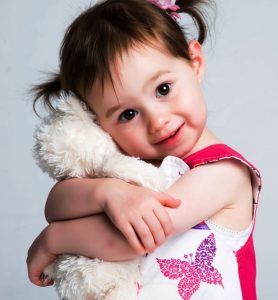 Screen time has more than doubled for children under 2 years old since 1997, a study published Monday in the journal JAMA Pediatrics found, with time spent in front of a TV as the main driver despite a changing screen landscape.

Researchers used parent diary data previously collected by the Child Development Supplement Panel Study of Income Dynamics at the University of Michigan, for which the first available year was 1997 and the latest was 2014.

For children under the age of 2, daily screen time went from 1.32 hours in 1997 to 3.05 hours in 2014, with television accounting for over 2½ hours of screen time in 2014, compared to half an hour in 1997. For children ages 3 to 5, screen time averaged 2.47 hours in 1997 and did not change significantly by 2014, but TV also came to represent the majority of the screen time; going from just over an hour in 1997 to over two hours in 2014. The rise in the time spent in front of a TV comes despite a changing landscape of available electronic screens for kids.

Weiwei Chen, lead author of the study and an assistant professor at the Department of Health Policy and Management at Florida International University, explains that as a health economist and parent, she wanted to understand how long kids are spending on screens.
Chen explains that in 1997, screen time was defined as TV time, video games and computers. By 2014, however, screen time also included cell phones, tablets, electronic readers and learning devices. Five years later, the list of devices is even longer, and the data used in the study might be somewhat dated.
Excessive screen time early in life has been associated with cognitive, language and social and emotional delays, probably because screen time decreases the time kids spend interacting with parents.
Too much screen time has also been linked to an increased risk of obesity and impaired sleep in kids.

Because of this, in 2016 the American Academy of Pediatrics recommended avoiding screens altogether in kids under 18 months, watching only high-quality programming and co-viewing between 18 months and 2 years of age, and limiting screen time to one hour per day for kids ages 2 to 5.

Excerpted from “Screen time for kids under 2 more than doubles, study finds” in CNN online. Read the full story.