Study: As More Teens Identify as LGBTQ, Suicidality Edges Down 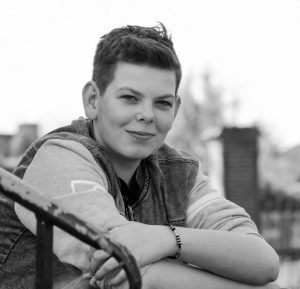 Substantial recent increases in the percentage of teens and young adults reporting they are not heterosexual were accompanied by a decline in suicide attempts among sexual minority youth, survey data indicated.

The proportion of adolescents disclosing a minority sexual orientation in 2017 was 14.3%, up from 7.3% in 2009, according to survey data.

During the same period, suicide attempts declined among sexual minority as well as heterosexual youth reported Julia Raifman, ScD, of Boston University School of Public Health in Massachusetts, and colleagues in Pediatrics on Monday.

Nevertheless, sexual minorities were still significantly more likely than heterosexual youth to attempt suicide in every year of the study.

“While we might have thought [of] sexual minorities as a small subset of the population, now they represent 14%,” Raifman told MedPage Today, adding that these increasing numbers should spur the creation of LGBTQ-specific mental health and educational programs.

Moreover, suicidal ideation and behaviors among LGBTQ teens have been markedly high since 1995, according to another study published Monday in Pediatrics.

CDC data, however, showed deaths by suicide among adolescents age 10-24 increasing by 56% from 2007 to 2017, contrasting with the decline in suicide attempts reported in these studies.

These diverging results could be explained by variations in data quality — such as honesty in reporting or characterizations of causes of death — or increased lethality of means, but this requires further study, wrote Brian Mustanski, PhD, of Northwestern University, and Dorothy Espelage, PhD, of the University of North Carolina at Chapel Hill, in an accompanying Pediatrics editorial.

In addition to increasing numbers of adolescents self-identifying as LGBTQ, the proportion reporting same-sex sexual contact increased from 7.7% to 13.1% across the study period. In 2017, females were twice as likely to identify as sexual minorities as males.

Not having data from all states indicates these findings may not be generalizable to certain regions of the country, which is a limitation, the authors noted. They also excluded individuals who reported sexual assault as well as youth who were absent from school, which may lead to underestimations in suicide estimates, they added. Variations in suicide risk for certain groups, like transgender individuals, were also not detected because all sexual minority youth were combined into one analysis, they noted.

Excerpted from “As More Teens Identify as LGBTQ, Suicidality Edges Down” in MedPage Today. Read the full article.