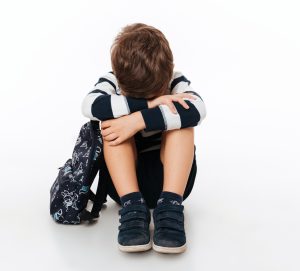 While suicidal thoughts and self-harm have been well documented in teenagers, mental health experts say too little attention has been paid to young children, despite growing evidence that more elementary and middle school students are in crisis.

In interviews, more than a dozen mental health professionals, including school counselors, social workers, psychiatrists and suicidologists, said they are seeing more children as young as kindergarten who are in dire need of support.

The number of children ages 6-12 who visited children’s hospitals for suicidal thoughts or self-harm has more than doubled since 2016, according to data from 46 such facilities across the country collected for NBC News by the Children’s Hospital Association, a trade organization.

The association documented 5,485 emergency room or inpatient visits for suicidal thoughts and self-harm among 6- to-12-year-olds at these hospitals in 2019, up from 2,555 in 2016. (Full data isn’t yet available for 2020, but in the first three quarters of the year, there were 3,503 such visits.) Visits for teenagers with suicidal thoughts or self-harm at these hospitals also rose from 2016 to 2019, but at a slower rate — by 44 percent, compared to 115 percent for younger children.

The rise in troubled young children is evident around the country.

Now, mental health experts fear that the pandemic — which has increased anxiety and depression among adults and teenagers, and resulted in an estimated 37,300 children losing a parent to Covid-19 — could compound the issues young children face.

The past year has brought more public awareness to youth mental health, with advocates calling for more research into the problem’s scope and causes. They also want to see more investment in potential solutions, including increased access to school counselors amid a national shortage.

Yet, among the challenges: It is not always clear what the best treatment is for very young patients.

Why are more children in crisis?

The reason more young children are seeking help is not entirely understood. Research into what leads a child to contemplate suicide at this age is limited, but experts see multiple factors at play.

For children of immigrant families, one clinician noted the toll of changes to immigration policy in recent years; a 2018 study based on interviews with more than 200 Latino parents found both adults and children in their families had higher levels of anxiety due to fears of deportation and anti-immigrant rhetoric. Poverty has an impact too, experts said, as the percentage of children eligible for free or reduced-price lunch jumped to 52 percent from 38 percent over the past two decades.

One study last year analyzing more than 11,000 9- and 10-year-olds in the United States found that 1.3 percent reported they had tried to kill themselves, while 9.1 percent reported engaging in self-harm. It also concluded that family conflict and financial adversity were significantly associated with suicidal thoughts in these children.

But Diana Whalen, one of the study’s authors, said more research is needed.

Depression and self-harm do not necessarily look the same in young children as they do in teens and adults.

A child might suddenly show less interest in playing outside or struggle with schoolwork or display new behavioral problems, said Renée Turner, a licensed professional counselor and registered play therapist who practices in San Antonio.

While adolescents might engage in high-risk behaviors as a form of self-harm, Wesley Puckett, a licensed social worker for Lauderdale County Schools in Alabama, has worked with elementary school children who hurt themselves by aggressively rubbing an eraser into their arm, or by banging against a wall.

Self-harm and later suicide attempts have some overlap, but these behaviors are not necessarily an indication that someone is suicidal; experts say they’re often an attempt at self-soothing.

A silver lining of the pandemic, experts say, might be the increase in attention on youth mental health it prompted. Teens have pushed districts to create more mental health support in their high schools. Several states are debating giving students mental health days off from school.

Excerpted from “Suicidal thoughts are increasing in young kids, experts say. It began before the pandemic” on the NBC News website. Read the full article online.