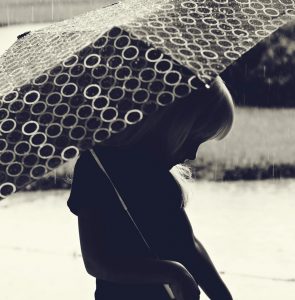 Death by suicide in children has reached a 30-year high in the United States. During middle and high school, 10% to 15% of kids have thoughts of suicide, according to the Centers for Disease Control and Prevention.

How early in a child’s life do these thoughts begin? New research from Washington University in St. Louis is narrowing the gap in psychology’s understanding of suicidal thoughts in young people. The findings show that such thoughts begin as early as 9 and 10 years old.

The research also found that family conflict and parental monitoring are significant predictors of suicidal thoughts, and the majority of children surveyed had caregivers who either didn’t know, or didn’t report, the suicidal thoughts of the children in their charge.

The study, conducted by Barch and Diana J. Whalen, a psychiatry instructor at the School of Medicine, as well as colleagues at the Laureate Institute for Brain Science, looked at 11,814 9- and 10-year-olds from the Adolescent Brain Cognitive Development (ABCD) study, a national longitudinal study on adolescent brain health in which caretakers also participate.

When it came to actions, they saw 0.9% of these 9- and 10-year-olds said they had tried to commit suicide; 9.1% reported non-suicidal self-injury.

In this study, the researchers also noted some discrepancies seen between males and females. Specifically, males showed more suicidal thoughts and more non-suicidal self-injury than the girls; these trends reverse as people age, other studies show.

Another group that may have found the results unexpected: caregivers.

In more than 75% of cases where children self-reported suicidal thoughts or behaviors, the caregivers did not know about the child’s experience.

A lack of monitoring by a caretaker was associated with suicidal thoughts, non-suicidal self-injury and suicide attempts.

Historically, the belief has been that people don’t need to ask kids about suicidal thoughts before adolescence, Barch said. “Our data suggests that is absolutely not true. Kids are having these thoughts. They’re not at the same rates as adults, but they are nontrivial.”

She suggested parents, caregivers and people working with children should be aware of the possibility that a 9-year-old is thinking about suicide.

“If you have kids who are distressed in some way, you should be asking about this,” Barch said. “You can help identify kids that might be in trouble.”

The results were published Feb. 7 in JAMA Network Open.

Excerpted from “Suicidal thoughts in 9- and 10-year-olds correlate to family dynamics, study found” in the Source newsletter from Washington University in St. Louis.