Teen Mental Health Has Suffered During the U.S. COVID-19 Pandemic 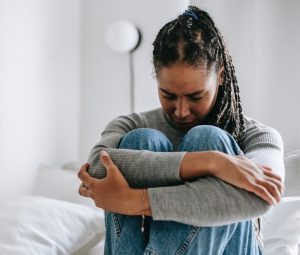 As early as last spring, psychologists were warning that even as children and teens were spared most of the physical impact of the COVID-19 pandemic, the shuttering of schools, the lack of contact with friends and the loss of milestones like birthday parties, graduations and more would exact a heavy emotional and developmental price. Now, a year on, the numbers are in—and they’re in some ways worse than the experts feared.

In a new study by the nonprofit FAIR Health, investigators combed through a database of 32 billion U.S. health insurance claims—focusing on the two billion or so from 2019 to 2020—to calculate the numbers filed for health services in the pediatric age group, which they defined as ages 0 to 22. The researchers focused particularly on the emotionally turbulent years from 13 to 18, and to a somewhat lesser extent on claims filed by those ages 19 to 22. In both groups they found sharp spikes from pre-pandemic 2019 to 2020 in a range of psychological conditions including major depression, generalized anxiety disorder, adjustment disorder, self-harm, substance abuse, overdoses, OCD, ADHD and tic disorders.

Some of the numbers are startling: the 334% spike in intentional self-harm among 13- to 18-year-olds in the Northeast in August of 2020 compared to the same month the year before. Some were smaller but still significant: the 49.6% increase in depression and 67.5% increase in generalized anxiety disorder among 19- to 22-year-olds across the U.S. in April of 2020 compared to April of 2019. All were in some ways predictable—and all deeply concerning.

Overall, the FAIR Health researchers found, some of the worst spikes occurred in March and April of 2020, during the first phase of the pandemic in the U.S. In those months, claims for any mental health disorder increased by about 100% for the 13-18 group. The number was down to 50% in May, 30% throughout the summer and has settled in at about 20% from then until the survey ended in November—still a significant increase from the previous year. The 19-22 age group saw a similar pattern, hitting highs of 70% in March and April and settling out at under just 20% in November. American girls, in general, have suffered more than boys, accounting for 66% of all mental health claims in both age groups pre-pandemic and 71% since.

The big three conditions affecting the 13 to 22 group in both years were anxiety, depression and adjustment disorders—and they all exploded in the spring of 2020, increasing 80% to 90% year over year for the 13-18 group, and 45% to 65% for the 19-22 cohort. All three conditions have receded some in both groups, but still remain up to 25% more common than they were at the end of 2019.

That kind of pain is too easy to self-medicate with chemical substances—and kids did just that. In the 13- to 18-year-old group, claims for drug overdoses increased 95% in March and 119% in April. For substance abuse that stopped short of overdosing, the numbers were 65% and 63% in those months, respectively. In the 19-22 group, the peak increase for overdoses was a 65% jump in May; substance abuse in general topped out at a 27% increase in April. On this score, the FAIR Health findings are mirrored by those of the U.S. Centers for Disease Control and Prevention, which reported the highest annual number of U.S. overdose deaths ever in the year ending May 2020.

Excerpted from “Insurance Claim Data Show How Much Teen Mental Health Has Suffered During the U.S. COVID-19 Pandemic” in Time. Read the full article online.