Teens’ Social Media Use is Up During Pandemic, and So Is Their Parents’ Concern 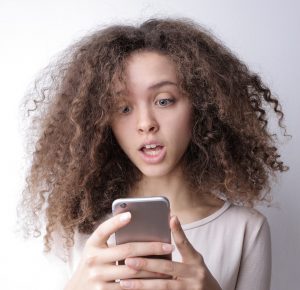 Parents weigh in on their kids and social media. Turns out, there’s widespread worry.

That’s according to new survey results from Lurie Children’s Hospital. With remote learning and social distancing in place during the pandemic, social media use is up. That’s no surprise, but some of the statistics are.

Claire Coyne, Phd, is a pediatric psychologist at Lurie Children’s Hospital and was involved in the survey.

“Social media and digital technologies allow young people to be connected with peers who may not be attending the same school or living in their community,” she said. “(Social media has them) connecting with family and really being able to engage in activities that are fun and entertaining for them. I think there are a lot of positives. … Drawbacks come into place when we think about social media or digital tech contributing to a person feeling sad or down or doing a lot of social comparison.”

Taking a deeper look at the impact of all that screen time, researchers at Lurie Children’s Hospital polled more than 2900 parents. More than half said they believe social media has a negative impact on their children.

The survey was conducted between March and June of 2020.

“The things we want to aware of are when young people maybe seem overly preoccupied with social media and feel like they are not doing the other things we want them to be doing and we see a change in mood change in affect change in typical behaviors,” Coyne said.

When asked to categorize their teen’s inappropriate behavior on social media:

Respondents had a laundry list of other concerns for their kids including not getting enough sleep or physical activity, lack of focus on schoolwork, not enough face-to-face interaction and oversharing.

Excerpted from “Teens’ social media use is up during pandemic, and so is their parents’ concerns” on WGN 9 in Chicago. Read the full article.

Source: WGN | Teens’ social media use is up during pandemic, and so is their parents’ concerns, https://wgntv.com/news/medical-watch/teens-social-media-use-is-up-during-pandemic-and-so-is-their-parents-concerns | © 1998 – 2020 Nexstar Broadcasting, Inc