The Moral Wages of the College Admissions Mania 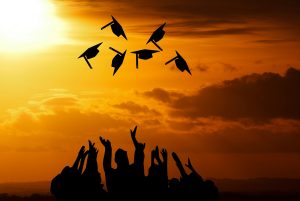 Just what is all this scheming and obsession with status teaching children?

Getting an A in biology — and being awakened, in the process, to the wonders of the natural world — doesn’t matter if a committee of strangers at Stanford isn’t sufficiently impressed?

Being student body president — and reaping valuable lessons in leadership and teamwork — is a waste if it can’t be translated into a ticket to Cambridge, Mass.?

For these kids, education isn’t an opportunity to wring more meaning from life and make a more constructive impact on the world. It’s transactional. It’s a performance. If the right audience doesn’t clap, there was no point in even taking the stage.

This is what the modern madness of attributing magical, make-or-break powers to a school with an acceptance rate of 15 percent or 10 percent or even 5 has wrought.

We saw that madness in the recent arrests of dozens of wealthy parents, including corporate titans and famous actresses, for paying bribes and engaging in fraud to secure places for their pampered progeny at Yale, at Georgetown, at U.S.C. But their cheating was merely an extreme, illegal version of lesser scheming on a broader scale. There’s nothing unusual about using big sums of money — for private tutors, for application whisperers, for “donations” — to get a leg up on the competition.

Winners and losers are often sorted not by merit but by privilege (or subterfuge). And even the winners lose. Actually, all of us do, because through this overwrought culling, we’re teaching a generation of children values that stink. There are moral wages to the admissions mania, and we need to wrestle with those.

At its worst, it “corrodes the development of core aspects of young people’s ethical character, often fueling their self-interest, compromising their integrity, and depleting their capacity to either know themselves deeply or to authentically articulate their identity,” reads a draft of a new report by the Harvard Graduate School of Education’s Making Caring Common Project, which for the last few years has been a leading advocate for a less calculated and cutthroat process. “Many young people become cynical both about a system that seems unfair and divorced from their interests, and about the adults who created it.”

I was given an exclusive advance copy of the report, which will be published on Monday. Although it was written before the bribery and fraud arrests, it almost seems to have anticipated them. And it articulates the concerns that many of us have long had about the road that kids frequently travel toward the country’s most venerated and selective schools: the plotting of every major and minor step in terms of how it will look on an application; the lavish expenditures, by affluent families, on a veritable pit crew of tutors and trainers and admissions strategists; the gross overselling of accomplishments; the parental micromanaging; the working of any conceivable angle and pulling of any reachable strings.

It makes a particular plea to parents, “who are focusing on the wrong things, with big consequences for their kids,” said Richard Weissbourd, a renowned development psychologist who is the report’s principal author. They’re not encouraging curiosity, empathy, gratitude. “Parents are trying to give their kids ‘everything’ but they’re not giving them what counts,” he told me.

Excerpted from “The Moral Wages of the College Admissions Mania,” an opinion article by Frank Bruni, published in the New York Times in the wake of the college admissions scandal. Read the full article.