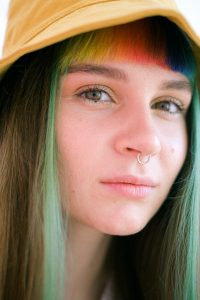 Forty percent of young LGBTQ people have considered suicide in the last year; that rises to more than half for trans and non-binary youth.

That’s according to the second annual survey on LGBTQ youth mental health by The Trevor Project. The non-profit organization provides crisis intervention and suicide prevention services to LGBTQ people under the age of 25.

Two years of data isn’t enough to show trends, says clinical psychologist Amy Green, who is also the director of research at The Trevor Project. But what they do show, she says, is that “the numbers are high and staying high, in terms of mental health.”

“LGBTQ youth already deal with housing instability, food insecurity and trouble accessing health care,” she says. “All of that is exacerbated by a pandemic.”

More than 40,000 people, age 13 to 24, responded to the survey, which The Trevor Project says is the largest of its kind. It was conducted between December 2019 and March 2020 — as COVID-19 restrictions began to take hold.

Many students and recent graduates had to decide whether to move back in with their families.

The survey found that 46% of LGBTQ youth said they wanted counseling from a mental health professional but were unable to receive it in the past 12 months. The top barriers were affordability and parental permission.

Not being accepted by family members also can have an impact on mental health. Six out of 10 LGBTQ youth said that someone — a relative, religious leader — tried to convince them to change their sexuality or gender.

But even those who live in an accepting family face challenges.

Amit Paley, CEO of The Trevor Project, says that one affirming adult can have a big impact on LGBTQ youth.

“We saw that LGBTQ young people who have an accepting adult in their lives were 40% less likely to attempt suicide, which is is a huge impact from a public health perspective,” he said during an interview with NPR.

Learn more in this 5-minute podcast, which includes an interview with Amit Paley, CEO of The Trevor Project: