Time to Ditch ‘Toxic Positivity,’ Experts Say: ‘It’s Okay Not to Be Okay’ 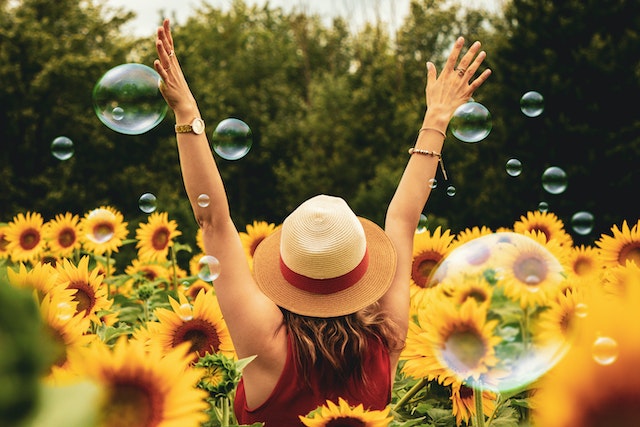 In the midst of a raging pandemic and widespread social unrest, these days it can feel as if reassuring platitudes are inescapable.

“Everything will be fine.”
“It could be worse.”
“Look on the bright side.”

But as well intentioned as those who lean on such phrases may be, experts are cautioning against going overboard with the “good vibes only” trend. Too much forced positivity is not just unhelpful, they say — it’s toxic.

“While cultivating a positive mind-set is a powerful coping mechanism, toxic positivity stems from the idea that the best or only way to cope with a bad situation is to put a positive spin on it and not dwell on the negative,” said Natalie Dattilo, a clinical health psychologist with Brigham and Women’s Hospital in Boston. “It results from our tendency to undervalue negative emotional experiences and overvalue positive ones.”

With data indicating that anxiety and depression, among other mental health problems, have surged to historic levels in recent months, adding toxic positivity to the mix may only exacerbate the rising tide of negative emotions by preventing people from working through the serious issues they’re experiencing in a healthy way, experts say.

“By far the most common [phrase] is ‘It’s fine,’ ‘It will be fine,’ ” said Stephanie Preston, a professor of psychology at the University of Michigan at Ann Arbor. “You’re stating that there really isn’t a problem that needs to be addressed, period. You’re kind of shutting out the possibility for further contemplation.”

The exact origins of the label “toxic positivity” are murky, but Preston said the idea is rooted in American culture, which values positivity. But people who are genuinely effusive and upbeat aren’t the issue, she said.

“It’s a problem when people are forced to seem or be positive in situations where it’s not natural or when there’s a problem that legitimately needs to be addressed that can’t be addressed if you don’t deal with the fact that there is distress or need,” she said.

Research has shown that accepting negative emotions, rather than avoiding or dismissing them, may actually be more beneficial for a person’s mental health in the long run. One 2018 study tested the link between emotional acceptance and psychological health in more than 1,300 adults and found that people who habitually avoid acknowledging challenging emotions can end up feeling worse.

“People who tend to not judge their feelings, not think about their emotions as good or bad, not try to avoid or put distance between themselves and their emotions, these people tend to have better mental health across the board,” said Brett Ford, an assistant professor of psychology at the University of Toronto and the study’s lead author.

Jaime Zuckerman, a licensed clinical psychologist based in Philadelphia, recommended mindfulness techniques that allow people to sit with their emotions.

“There is no rush to have to do something to get out of the present moment,” Zuckerman said. “In fact, the more that you do that, the more discomfort and anxiety you’ll feel. It’s okay not feeling okay, and it’s okay not knowing what to do with yourself in that moment.”

She also encouraged people to set personal goals focused on behaviors instead of feelings.

But Zuckerman cautioned against feeling pressure to tackle lofty tasks such as picking up a new hobby or learning a foreign language — activities that have been promoted on social media during the pandemic as people have rushed to reframe coronavirus lockdowns as a positive experience.

Excerpted from “Time to Ditch ‘Toxic Positivity,’ Experts Say: ‘It’s Okay Not to Be Okay’” in The Washington Post. Read the full article online.