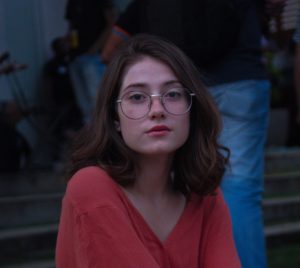 During the pandemic there’s been plenty of public service announcements to check in on your elderly neighbors. Especially now, in an era of coronavirus-driven quarantines, they may be feeling isolated and alone.

However, you might want to redirect some empathy to those quiet young adults living in their studio apartments or parents’ basements. It turns out they are more likely than their grandparents to report feeling lonely.

According to a spate of recent studies, loneliness is a plague of its own, one that predates the pandemic and has hit the young particularly hard. Think of it as another of the chronic but largely ignored societal issues Covid-19 is forcing us to grapple with.

“The frustrated 17-year-old who can’t leave the house is probably in worse shape than a 75-year-old, who probably has better coping tools for dealing with this stressful period,” says University of Southern California psychologist Christopher Beam, PhD, who recently wrote about this phenomenon in the journal Psychological Trauma.

“Young people often feel quite isolated and alone,” agrees clinical psychologist Lisa Firestone, PhD, director of research and education for the Santa Barbara, California-based Glendon Association. “They often feel excluded, and I think the pandemic just exacerbates these feelings of being an outsider.”

Firestone warns that those negative emotions can have serious long-term consequences. “Loneliness really does contribute to poorer mental and physical health,” she says. “There’s some pretty good research that it lowers your immunity. Lonely people are more prone to anxiety and depression, and are more likely to have an unhealthy lifestyle.”

Overall, surveys suggest loneliness has not increased dramatically since the shelter-at-home orders were instituted this spring. In a British survey taken during a full lockdown, 6.3% of respondents reported feeling lonely both before the virus hit and while in quarantine. The number who said they seldom felt lonely pre-Covid-19, but were experiencing loneliness now, was tiny — 1.3% of the total sample.

Strikingly, a slightly larger group, 1.6%, reported the opposite: They suffered from chronic loneliness, but had not felt lonely in recent days, perhaps because friends or relatives were calling to check on them. For the lonely, quarantining can have its upside for that reason, among others.

To be clear, for most chronically lonely people who yearn to connect with others, the pandemic presents significant challenges. Beam noted that his advice for such individuals is to schedule activities that (a) they enjoy, and (b) expose them to meeting people they can potentially connect with.

At a time when traditional gathering places like bars and coffee shops are closed or severely restricted, that guidance isn’t easy to follow. But Firestone argues it can be done if you think creatively. “I have a client taking an outside painting class, where they’re spaced six feet apart,” she says. “There are also a lot of online forums for meeting people. People are going to virtual events.”

Excerpted from “Why Loneliness May Be a Bigger Problem for the Young Than the Old” in Elemental. Read the full article by Tom Jacobs, a California-based journalist who focuses on psychology, behavior, creativity, and the arts.

Source: Elemental | Why Loneliness May Be a Bigger Problem for the Young Than the Old, https://elemental.medium.com/why-loneliness-may-be-a-bigger-problem-for-the-young-than-the-old-ebf7427e9677 | copyright Tom Jacobs 2020