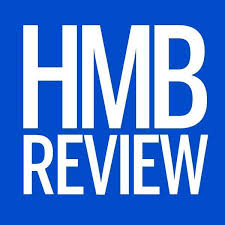 Half Moon Bay resident Rosalie Whitlock is one person focused on the effects of the pandemic on the well-being of kids. She is the CEO of the Children’s Health Council, which operates schools to support kids with learning disabilities and offers mental health counseling.

Whitlock said that during the pandemic she’s seeing more kids who need help. Part of the impact of the pandemic is that inequality has become more stark, especially when it comes to access to resources. In education, larger families or those with parents who work multiple jobs are simply at a disadvantage when it comes to executing remote learning. And the same is true with access to technology.

Those inequalities, Whitlock said, heighten mental health problems. Many people are overwhelmed with anxiety about not finding work, having enough money to put food on the table or fear of the virus itself. She said it’s affecting kids’ mental health, and many don’t know where to turn for help they can afford. 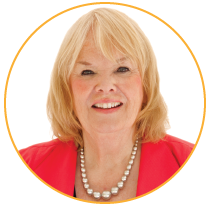 “There are very few kids or adults that are not experiencing some kind of anxiety right now due to COVID, and they need help,” Whitlock said. “That needs to be addressed.”

Often, Whitlock said, resources available on the Coastside aren’t enough, so families turn to independent schools or sessions elsewhere in the county for greater support. She said driving students out of town isn’t a solution available to everyone.

Instead, telehealth is presenting new opportunities to reach patients — including Coastside kids — who previously may not have been able to travel far for treatment. Plus, Whitlock said, she can hire therapists who can’t afford to work in the Bay Area. And some kids actually feel more comfortable and are more open on a remote appointment even as others face challenges of finding a quiet, safe place to talk.

One effect of the pandemic Whitlock hopes does last is the heightened conversation around mental health issues. Whitlock predicts the anxiety from the pandemic won’t go away anytime soon, but she hopes the new conversations it has sparked won’t either.

“We’re never going to go back to the way we were,” Whitlock said. “This pandemic has changed how we’re going to do everything, and give us better access to those who are underserved.”

We are excited to announce that our Executive Director, Dr. Rosalie Whitlock, has been nominated to receive the 2018 People’s Choice Award from the Child Mind Institute.  The People’s Choice Award is presented to an individual whose commitment to raising awareness, helping children and families directly, or advocating for change in the mental health care system is held in the highest esteem by clients, colleagues, and the community. END_OF_DOCUMENT_TOKEN_TO_BE_REPLACED