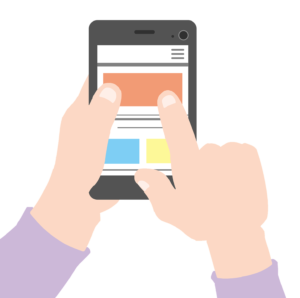 Of course, it’s nearly impossible to keep up with every hot new app, which makes knowing the risky features — like interaction with strangers, anonymity, privacy concerns, and iffy content — a solid first step. But it’s still important to know the specifics of what’s on your kid’s device and whether or not you’ll allow it to stay there.

Check out the titles below so you have a sense of what your kid — or your kid’s friends — may be using and what you need to know about each app. And since all of these are free, be aware that the developers make money on them through in-app purchases, ads, selling user data, or all of the above!

Kind of like Twitch and YouTube, BIGO LIVE lets teens stream live video of themselves that other users can see and comment on in real time. You can also receive and send “Beans” — BIGO’s term for virtual gifts — that cost real money. You can level up and improve your ranking by logging in every day and sending gifts. The platform is designed for people who supposedly want to get famous, but it seems to be filled mainly with people competing for gifts.

In this simulation game, you’re assigned an identity to play through the entire game, from infancy to death. As you play — and your character gets older — you can make text-based choices about how to make money, spend time, and develop relationships with pretend profiles (which aren’t connected to real people). Those choices determine your levels of happiness, health, smarts, and appearance. When you die, you can start all over.

Discord is an app and site that allows gamers to connect via text, voice, and video. It’s similar to a discussion board like Reddit, but the conversations are hosted on various servers — which anyone can create — and each server can have multiple channels. The main purpose of the platform is to be able to chat with your team while playing an online game, but people also use it as straight-up social media, even if they’re not playing.

his app is all about connecting with strangers. Once you sign up using a phone number or your Facebook account, you can get matched instantly with a stranger — and both you and they appear on camera. Or you can swipe Tinder-style until you like someone and they like you (by tapping a heart). You can also enable location tracking to be paired with someone nearby.

Using the website or the app, users interact through elaborate 3D avatars. You can dress them up, place them in public or private rooms, and follow other users and chat with them. You can also buy a wide variety of objects using virtual coins — earned primarily through taking surveys or watching ads or through buying outright with real money. There’s no game or goal other than acquiring outfits, rooms, furniture, and other items or chatting with other users.

Similar to the video lip-synching service Tik Tok, Like lets you create short videos that often involve lip-synching. You can also follow other users, climb a leaderboard (based on how many likes you’ve gotten), send direct messages, and send virtual gems — that cost real money — to other users.

Lipsi is yet another anonymous “feedback” app that lets users tell others what they think of them without revealing their own identities. The twist here is that users can get a Lipsi link to post in their Instagram profiles so the comments appear in their Instagram feeds. It’s possible to identify yourself if you wish or to stay in “ghost mode” to hide out for a while.

This app lets you take a picture of a homework problem or question and get an answer and explanation in return, similar to Photomath. Because it’s more focused and filtered than an open internet search, the results are more targeted and helpful (in other words, it gives you the answers)

This is an anonymous messaging app that invites users to follow contacts to get and give anonymous feedback. You can also link your Tellonym account to other social media accounts.

Zepeto is a combination avatar-maker and social media platform. The main draw is the ability to create your own likeness and have your avatar interact with your friends’ avatars so you can create cute posts for social media. In a section of the app called “Zepeto town street,” you can text with people you don’t know.

Excerpted from “Apps you’ve never heard of that your teen is already using” on CNN. Read the full article to for specifics on what parents need to know about each of these apps.