How to Talk to Your Children About Protests and Racism 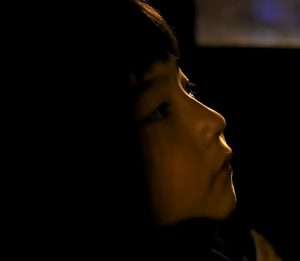 As cities and social media explode with anger over the killing of yet another black man at the hands of police, worried parents struggle with how to protect their children from seeing the worst of the violence while simultaneously explaining the ravages of racism.

“Whether from social media accounts, conversations with peers or caregivers, overheard conversations, or the distress they witness in the faces of those they love, children know what is going on,” Boyd said. “And without the guidance and validation of their caregivers, they may be navigating their feelings alone.”

How can a parent help their child traverse these disturbing times?

Let the child’s age and level of development guide you, experts say.

While children younger than three aren’t going to understand what is happening on television, they will be able to pick up on the “fear, urgency, or anger in people’s voices and behaviors,” Dr. Jenny Radesky, a developmental behavioral pediatrician who teaches at the University of Michigan said.

At this age, stress shows up in fussy or unregulated behavior. To keep that from occurring, parents should read, listen to or watch the news when the baby isn’t physically there. This is the time to begin teaching your child about systemic racism and how to identify and refute it, experts say.

Common Sense Media, a non-profit that rates movies, TV shows, books, apps and other media for parents and schools, has curated a list of 80 books with diverse, multi-cultural characters for preschoolers and older, some of which could easily be suitable for babies and toddlers.

“There’s also a website called the Brown Bookshelf,” said Heard-Garris. “These are books that have, brown and black protagonists who deal at times with tough issues. I think books are really, really fundamental, especially for younger kids.”

This is the age when kids begin to ask questions on why other people look different than they do.

“If your child asks about someone’s skin tone, you might say, ‘Isn’t it wonderful that we are all so different!’ You can even hold your arm against theirs to show the differences in skin tones in your family,” according to Dougé and Anderson.

At this age, children will see and absorb disturbing images from protests and riots literally, “likely focusing on worrying about a burning van or a scary-looking person in a mask,” Radesky said.

Parents should do their best to limit the exposure children this age have to media, whether television, smart phones or tablets, experts say.

Parents will also need to give their children the broader societal context of racism in order to try to explain the rage of protestors filling the streets of cities across the nation, Radesky said.By doing so, parents can help build empathy and teach perspective-taking, rather than focusing on the child’s specific fears.

Of course, tweens and teens will likely be seeing all the coverage of police brutality and protests on their personal smartphones. Most teens get comfort by communicating with their friends on social media, Heard-Garris said. Some teens have even begun participating in online activism.

At this age, kids will be able to think more abstractly about racism, injustice and violent versus peaceful protest and discuss their views with parents, experts say.

Kira Banks, a clinical psychologist whose website “Raising Equity” provides free videos and resources on how parents can fight racism and cultivate an open mind in themselves and their kids, suggests parents watch movies like “13th,” a powerful look at institutional racism in the justice system that premiered in 2016 to a standing ovation at the New York Film Festival.

“Is this a teachable moment? Absolutely. It must be, it has to be,” Banks said. The work must be done by all social classes and races, experts say, including the most privileged.

Excerpted from “How to talk to your children about protests and racism,” published on the CNN website. Read the full article for more details and strategies for conducting these important conversations with your children.

Source: CNN | How to talk to your children about protests and racism, https://www.cnn.com/2020/06/01/health/protests-racism-talk-to-children-wellness/index.html | © 2020 Cable News Network