Talk With Your Teen About Healthy Relationships 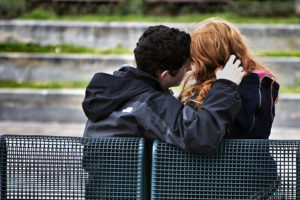 Talking with your teen about sex shouldn’t be a one-time conversation. Like almost everything important in your teen’s life, it is something that will need to be done over and over again. Conversations about these topics should start early and continue—and change—as your teen gets older. Teens go through a lot of changes during adolescence and helping them figure out all of their relationships, including their sexual relationships, is important, and can really pay off. Studies have shown that parent-child communication about sex, birth control, and pregnancy is positively associated with delayed initiation of sex, decreased frequency of sex, and an increase condom and contraception use.

In a 2012 survey, almost 9 in 10 teens (87%) said that it would be much easier to postpone sexual activity and avoid pregnancy if they were able to have more open, honest conversations about these topics with their parents. Thirty-eight percent of teens said that parents most influenced their decisions about sex, whereas just 22 percent said friends most influence their decision.

While every parent-teen relationship is unique, and only you know exactly what you want to say to your teen, sometimes it helps to get some suggestions on what to say.

What Teens Want to Hear from Parents

#1: Tell me why teen pregnancy isn’t a good idea and help me think about positive opportunities for my future.

Don’t assume teens only see the bad things about teen pregnancy. Be sure to ask what they think about early pregnancy and parenthood and how it would change their goals for the future. Ask teens about their ideas for the future and provide them with specific ways they can make their dreams a reality. Encourage teens to explore their interests and passions and support them in their pursuit of their goals. Don’t be afraid to talk to them about how getting pregnant or causing a pregnancy will get in the way of their goals and don’t assume they’ve thought about this themselves.

#2: Just telling me not to have sex or to “be safe” isn’t enough. Tell me why you feel the way you do.

Make sure teens understand why you’re asking them to do certain things. They want to know what your values and attitudes are about these topics. Remember to talk to them about relationships and some of the emotional aspects of sex, not just the health and safety messages.

#3: Don’t assume that just because I ask you a question about sex or contraception it means I’m having sex.

Teens may ask about sex or contraception because they are curious or heard something that they want explained. If you freak out the first time they ask you a question about sex or contraception, they’ll probably be shy about asking you again. Also remember that giving young people information about these topics doesn’t encourage them to have sex, but it can go a long way toward making sure they have accurate information. It can help begin a series of conversations with them about these topics. When they do ask questions about these topics, make sure you recognize the question, understand the question, and understand what it is they’re trying to learn. If you don’t know the answer to a question your teen asks, don’t be afraid to admit it and suggest looking up the answer together.

To learn more about preparing for difficult conversations, see the article on Conversation Tools.

Have questions? CHC can help. To schedule an evaluation or to get advice about your child’s challenges, call or email a CHC Clinical Services Coordinator at 650.688.3625 or careteam@chconline.org