The Evolutionary Advantage of the Teen Brain 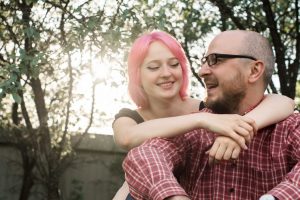 Teens. OMG. What on earth is going on inside their brains to make them act so, well, like crazy teenagers?

The mood swings, the fiery emotions, the delusions of immortality, all the things that make a teenager a teenager might just seem like a phase we all have to put up with. However, research increasingly shows that the behaviors of teenagers aren’t just there to annoy parents, they serve a real evolutionary purpose.

What is a teenager? Our standard definition is arbitrary: If your age ends in “-teen,” you’re a teenager. The brain, however, follows a different set of rules.

“From a neuroscience perspective, we know that the brain keeps growing and developing,” said Adriana Galván, associate professor of psychology at UCLA and director of the UCLA Developmental Neuroscience Lab. “Current literature suggests that it’s around age 25 or so when the brain finishes the period of adolescence.”

Watch this explainer video produced by the University of California:

The game of risk

The delayed development of the prefrontal cortex might not be a simple side-effect of human development. Teen behaviors that grownups often dismiss as mere annoyances are actually adaptive traits that help teens learn and succeed, Galván and others have found.

“Risky behavior, regardless of what the risk is, taps into the very same neural regions that process reward,” explained Galván. “So when you experience a risk in a positive way, the brain activation is the same as if you experienced a reward.”

Galván’s research has found that not only are teens more sensitive to rewards than adults, this makes them better learners.

“Compared to adults, adolescents have more [reward center] activation when they’re learning a new task, and this greater activation helps them learn from the environment in a more adaptive and efficient way than the adults,” said Galván. “It’s kind of a surprising result.”

High emotions may also benefit teens in ways that even the teens themselves likely don’t appreciate.

“There is probably an evolutionary reason for why teenagers are more emotional. One reason is that emotions help us connect with other people,” said Galván. “Emotions also serve as an important learning tool. When you feel a particular emotion, you’re more likely to remember the event.”

If something negative happens, the emotions you experience will help you steer clear of those events in the future. Positive emotions will reinforce a behavior, making you more likely to repeat it.

Excerpted from “The Evolutionary Advantage of the Teen Brain” from the University of California. Read the full article online.

If you have concerns about your teen, CHC Care Coordinators can arrange a free 30-minute consultation so you can explore options with an expert. We invite you to call or email us at 650.688.3625 or careteam@chconline.org to set up an initial Parent Consultation appointment. CHC teletherapy services are available now.