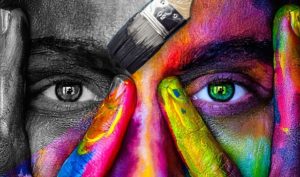 Gia Parr has always dreamed of returning to her elementary school one day to help its students and staff understand who transgender people are.

Ms. Parr, 17, is planning to visit her former school to read from her book, “A Kids Book About Being Transgender,” which was based on her own story of transitioning in middle school and embracing her identity as a transgender teen.

The book is part of a forthcoming collection of books that aim to start and help conversations for children, their parents and caregivers about complex and important topics related to being transgender or nonbinary.

The books  join a growing list of works by trans and gender nonconforming authors who, as lawmakers in several states push for restrictions on transgender rights, hope to make the world less lonely for their peers.

The GenderCool Project, a national online campaign that highlights positive stories about transgender and nonbinary young people, has partnered with the publisher A Kids Book About, to publish three books by four teenagers that bring clarity about their community while adding to the national conversation.

“They are telling stories of who they are,” said Jen Grosshandler, a founder of the project, which began in 2018. She said she was inspired to start the nonprofit by her daughter, Chazzie, 14, who was assigned male at birth and who, at 11, shared her story on the “Today” show.

Gearah Goldstein, another founder of the group and a transgender woman, said stories about young transgender and nonbinary people tend to focus on bullying, violence or suicide rates. The group is trying to change that.

“Everything was always so dark,” said Ms. Goldstein, an inclusion and diversity consultant. “These kids are thriving and no one is telling their stories.”

One gender studies expert said the books’ arrival is timely.

“As legislators work on passing laws that attempt to police and punish trans kids, such as the recent spate of scrutiny around trans kids’ participation in sports, it’s crucial that trans kids themselves have a platform,” said Jason Ruiz, an associate professor of American studies at the University of Notre Dame.

“These books provide one,” he said. “Social media and various public relations campaigns play parts, too, but longer form books will allow them to go more deeply and hopefully beyond just tolerance.”

He added that “there’s a lot of potential in listening to trans kids tell their own stories.”

Excerpted from “Transgender and Nonbinary Teens Share Their Stories in New Book Series” in The New York Times. Read the full article online. The books were released in June, 2021. Learn more about A Kid’s Book About Being Transgender.