Why Teens Should Start Developing Grit (And How To Build It) 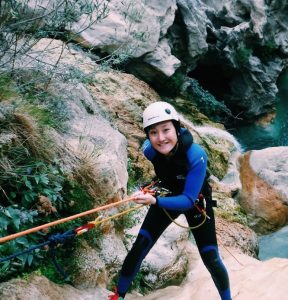 What does the checklist for your teenager’s next few years of high school look like? Chances are it includes good grades, solid SAT or ACT scores, positive social experiences, and rewarding extracurriculars.

But what if that checklist didn’t guarantee your teenager’s success beyond perhaps getting into college? In fact, what if the checklist that perhaps most guaranteed your teenager would grow into a thriving adult looked more like this: Develop grit.

Yes, grit. For most parents, grit is not what leaps to mind when we think about what we want for our teenagers. But it should.

So, what is grit? “It’s perseverance in pursuit of a passion,” explains Paul Tough, author of How Children Succeed: Grit, Curiosity and the Hidden Power of Character. “It’s those people who have a big goal or dream and don’t let anything interrupt them in pursuit of that.”

Tough suggests that our schools—and perhaps we parents—have been too focused on our teenager’s cognitive abilities. “IQ, the narrow band of skills that get measured on standardized tests, is not the only quality that matters in a child’s success.”

The credit for that goes to University of Pennsylvania psychologist, Angela Duckworth. Duckworth developed a way to measure grit via a questionnaire she calls the “grit scale.” She found that how well an individual scores on this grit scale is a better predictor of success than IQ, test scores, grades, and other talents.

It’s not that our cognitive abilities and other talents aren’t important. They are. In fact, most of us, no matter how much grit we have, will never write a Pulitzer Prize winning novel or win a marathon or make a major scientific breakthrough.

Rather, Duckworth has shown that these abilities, on their own, are not a guarantee. Grit matters too.

3 Ideas About How To Teach Resilience

In fact, instead of more, we parents may need to do less.

When it comes to homework, for example, leave it alone. “Don’t bring it to them” when they forget it, says Madeline Levine, psychologist and author of Teach Your Children Well. “That’s a really valuable lesson. Let your teenager can come up with a better strategy.” While it’s difficult to watch our teenagers stumble, think of it as chalking one up for grit.

2. Make sure they are challenged.

While writing How Children Succeed, Tough spent many hours with Dominic Randolph, headmaster of the Riverdale Country School in New York City.  The students at Riverdale worked hard. But academic stress is not necessarily a grit-building challenge.

“For me,” says Tough, “it’s like the difference between exercising on a treadmill and climbing a mountain. Running on a treadmill is really hard. But punching in those numbers to set your workout pretty much guarantees you are going to make it through the end. But, when you climb a mountain, you don’t know what’s going to happen. You are taking a risk and you might actually fail.”

3. Encourage them to push themselves.

Another way to approach building grit is to encourage your teenager to take a step outside their comfort zone. Encourage them to confront a challenge where the outcome is not guaranteed.

Has your teenager been in the same theater club since elementary school? Encourage them to audition for a more prestigious company in town. Does your teenager love playing in the high school band? Help them look for other performance opportunities out there. Do you drive your teenager everywhere? Get out the bus schedule.

And, if these new experiences don’t go so well, chalk another one up for grit and encourage your teenager to try again.

Excerpted from “Why Teens Should Start Developing Grit (And How To Build It)” in Your Teen magazine. Read the full article online.

Do you need someone to talk to? To schedule an evaluation or to get advice about your child’s challenges, call or email a CHC Care Coordinator at 650.688.3625 or careteam@chconline.org CHC teletherapy services are available now.